The city of Fresno has had more than 560 shootings and 50 murders this year.
KFSN
By Sara Sandrik 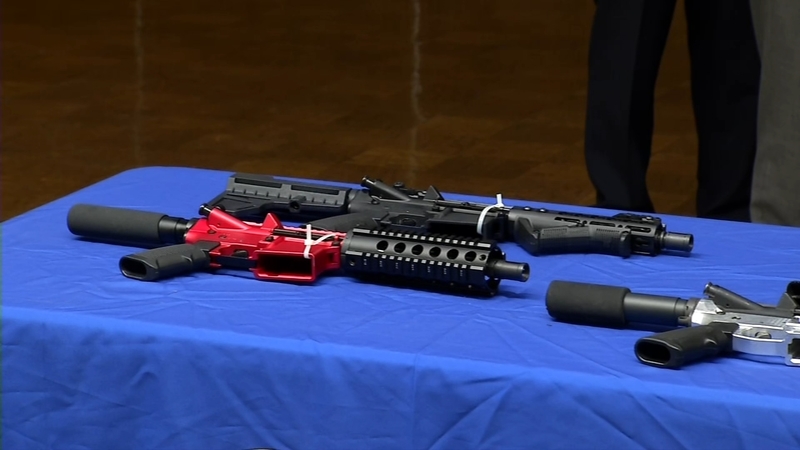 FRESNO, Calif. (KFSN) -- The city of Fresno has had more than 560 shootings and 50 murders this year.

On Wednesday, local, state, and federal authorities shared several significant updates on their efforts to slow the surge in violent crime.

More than two dozen law enforcement and community leaders came together in a show of force.

The Valley Crime Stoppers president announced that rewards for information leading to the arrest of gang-related murder suspects will now be increased from $3,000 to $5,000 through the end of the year.

And law enforcement leaders said they're all working together to get the spike in crime under control.

District Attorney Lisa Smittcamp blamed Governor Gavin Newsom for no longer allowing sentenced inmates to be transferred from the Fresno County jail to state prison because of concerns they could spread COVID-19.

"The blood of the children being shot right out of control gang members in our city is on your hands and on the hands of every person who does not make public safety a priority," she said.

Fresno County has had its own 'zero-dollar bail' order since June because Sheriff Margaret Mims says the facility is at maximum capacity with the additional state prisoners. But Smittcamp worked with the local court executive committee to exclude six additional gang and weapons charges from that policy as of October 13th.

Chief Andy Hall says that is helping to keep more suspects in jail, and he said there has been a 32% reduction in shootings since the start of a violence suppression effort on October 6th.
"Our teams have arrested 165 felons. 111 those felons were active gang members. 33 parolees and 40 probation violations. More importantly, we've removed, 71 illegal weapons from our streets," said Hall.

Leaders from the FBI and ATF also said they're providing resources to help investigate the crimes, and U.S. Attorney McGregor Scott said several of the suspects could end up in federal prisons across the country.

"Nine individuals are facing federal charges. Eight of them involve weapons, and the ninth involves drug dealing, and that's just so far in the operation, we are nowhere near being done with that, because the bloodshed must stop," said McGregor.

We were not able to get a comment from Governor Newsom's office at this time in response to the District Attorney's comments.

Police have said they are working closely with community leaders on suppression efforts and believe that is a key part in creating safe neighborhoods across the city.

FBI Special Agent Sean Ragan from the Sacramento field office said they're targeting not just the 'soldiers' but also the 'bosses' who call the shots.

"We focus on the leaders of the gangs, those leaders drive the violent crime in community," he said.

On Tuesday, MAGEC detectives arrested gang member Keith McCray after they found him with a loaded gun and several rounds of ammunition.

He was out on bond for a domestic violence charge.