Famers hoped more water could be delivered in July, but that won't be the case.
KFSN
By Dale Yurong 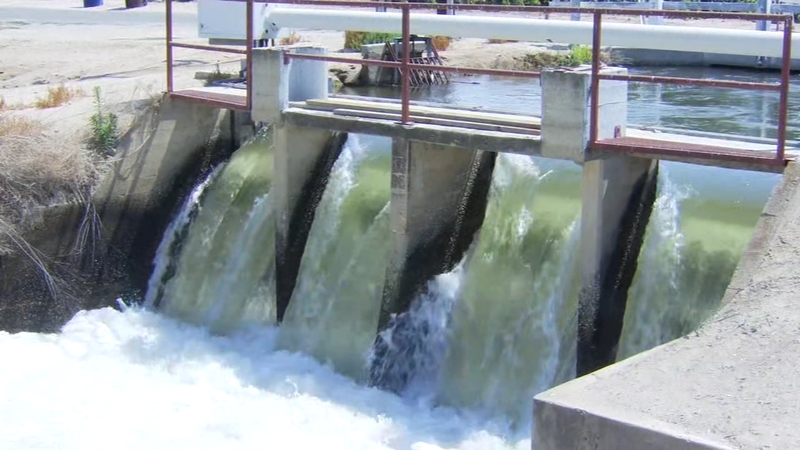 FRESNO, Calif. (KFSN) -- This year's surface water flow through Fresno Irrigation District canals is one of the shortest in history.

In a few weeks, this canal near Stan Morita's Biola farm will run dry because the 2021 water delivery season lasted for just the month of June.

"I can't remember when we only had one month of Fresno Irrigation District water," Morita said.

"Back in 2015, it was very similar," says FID General Manager Bill Stretch. "It was about the same duration. Probably prior to that, it would be 1977."

Without canal deliveries, farmers in FID will rely on their pumps for the rest of the season.

"It takes much longer to irrigate with my pump, which is run by electricity rather than the canal water, which is coming from the mountains," Morita said.

Many farmers will pay a lot more to PG&E this year to irrigate.

Morita says instead of taking four days to move canal water, he'll have to pump well water for two weeks, 24 hours a day.
"Last month, for a couple of weeks, it was over $1,000 and that's one irrigation," he said. "I've done two already and I'll have to do at least two more this year."

FID irrigation runs typically last five or six months as 450,000 acre-feet of water are moved around the district.

During a year of extreme drought, Stretch says the snowpack didn't produce much water to deliver.

"We're only going to divert around 175,000 acre-feet of water into the district," he said.

In addition to the water challenge, Morita is also trying to protect his drop from the intense valley heat.

"Keep the leaves the canopy over the fruit, kind of protect the fruit but we still want the air to travel underneath," he said.