At least 27 transgender or gender non-conforming people have been killed in some form of violent attack this year in the U.S.
KFSN
By Linda Ha 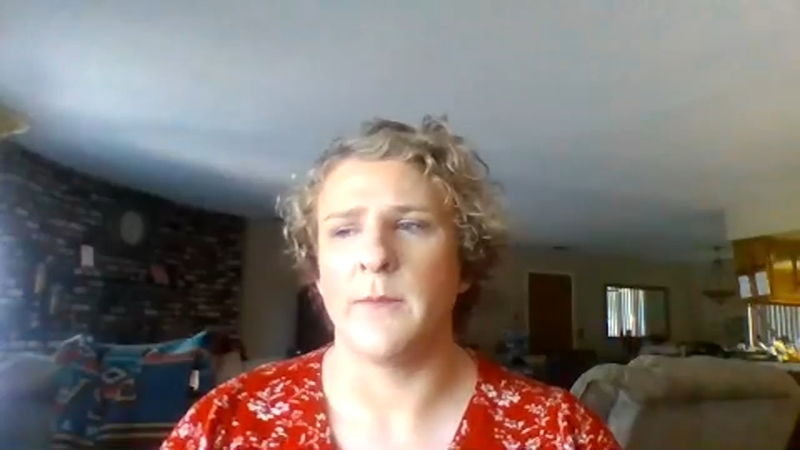 FRESNO, Calif. (KFSN) -- It was just like any other night. After Fresno resident Dakota Aust put her toddler to sleep a few weeks ago, she sat on her apartment balcony chatting with some friends online.

"Came inside, it's like 8:45 at this point, and within 30 seconds of me coming through the sliding glass door... all of a sudden, I just hear six gunshots. I peeked around the corner and saw that there were at least one or two bullet holes through my sliding glass door like it was shattered," said Aust.

Aust and her son hid in the bathroom and called the police.

"One of the police officers came up to me and he said, 'We have five shell casings outside and at least five bullet holes in your apartment. So it looks like it was targeted at you, so like, you know, who was trying to kill you?'...I never thought anybody would be trying to kill me ever. Like I don't. I'm a pretty friendly person."

Aust says she recently transitioned and believes she was targeted because of her identity.

"For a long time, transgender people have been scared to identify themselves. And it's been a matter of living in the shadows. We have experiences and hopes and dreams and a life that is complicated and beyond our identity as being trans."

According to the Human Rights Campaign, at least 27 transgender or gender non-conforming people have been fatally shot or killed by other acts of violence just this year in the U.S.

In 2020, the organization reports at least 44 deaths, making it the most violent year on record since it began tracking these crimes in 2013. But advocates believe the numbers are much higher due to underreporting or misreporting.

"This violence is stemming from this fear of, an irrational fear of anybody who steps outside of what we call gender norms," said Kat Fobear, a board member of Trans-E-Motion, a nonprofit organization in Fresno. "The idea that we have to perform certain roles."

"There are real systemic barriers for the LGBT community to community, but especially the trans community in regards to creating and maintaining a safe environment for themselves. There's incredible amounts of employment discrimination. And studies have shown, especially from the Williams Institute, but other places around the fact that trans individuals experienced discrimination at a very high higher rate. And when you look at just labor statistics, you see that a portion of the trans community are in lower paying jobs."

"It speaks to, unfortunately, a world where trans individuals are being erased, and it invalidates, and it's incredibly stressful and heartbreaking. And what happened to Dakota is obviously horrific and wrong."

Police are still searching for who's responsible for the shooting but Dakota says her transition still brings a sense of relief and peace.

"Just looking in the mirror and feeling like, that's me! I've made the right decision for myself and I'm on my way to living my authentic genuine life. I encourage anyone who has kind of maybe reservations or fears about transgender people to listen to transgender people's stories, and listen to us talk about our experiences, and just try to understand that we are just trying to live our lives and find peace and love and happiness for ourselves. And that's what it's about at the end of the day."

Aust and her son are working to rebuild a sense of safety and security after the shooting.

She has a GoFundMe to help patch up the apartment and is looking for a new place to live.

Here are some local organizations that provide help and resources to members of the LGBTQ+ community: