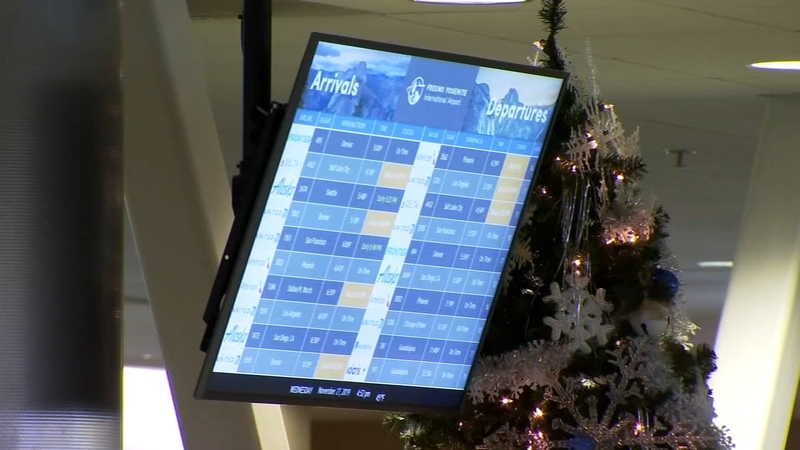 FRESNO, Calif. (KFSN) -- "We have a report of an aircraft with a lightning strike. Approximately 10 miles out with 75 souls on board."

Standing on the solid ground never felt so good.

"As we were coming through the clouds, there was a big pop the lights went out, came back on the engine kept running," said Phillip Winston.

Skywest confirmed to Action News lightning struck Flight 3062 as it flew into Fresno Yosemite International Airport from Phoenix. The plane landed safely, but the descent startled some passengers.

Winston was on the plane, flying in to visit in-laws in Fresno when he heard a loud noise.

"It sounded like a big thud on the aircraft, but it didn't shake it. It's just the lights that went out," he said.

Because of his military and flight experience, the veteran said there was one sign that reassured him they'd be landing safely.

"Lightning strike, if you're flying and the engines are still going, it can't be that bad," Winston said.