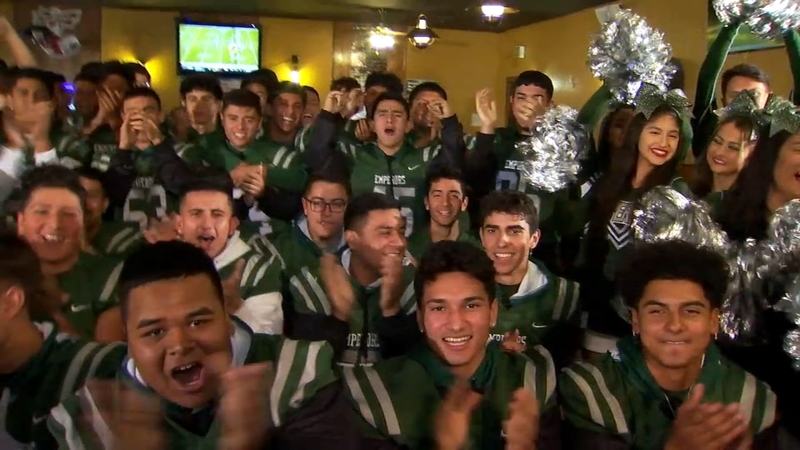 DINUBA, Calif. (KFSN) -- The Dinuba Emperors are the highest seed left in the Central Section and had the upset of the week in the first round.

"Small town Dinuba, we've always been doubted that's why we keep it going, and we're here now," said head coach Carlos Barajas. "Just got to keep it going, keep working, and to prove our doubters wrong."

The 13th seeded Emperors knocked off 4th seeded Sanger 28-14. The team will head to the second round of the playoffs for the fourth straight year with confidence.

"It's definitely going to carry over, the kids are fired up and ready to get back to work again, so they'll be ready Friday," Barajas said.

Barajas has been with the program for decades, but this is his first year at the head coach. Dinuba turned their season around after a stretch of losing four straight.

"It's been a rollercoaster a lot of ups and downs, more downs, but were on the way up," Barajas said.

"We weren't even supposed to be in the playoffs and we're proving our doubters wrong right now," said Johnny Garcias.