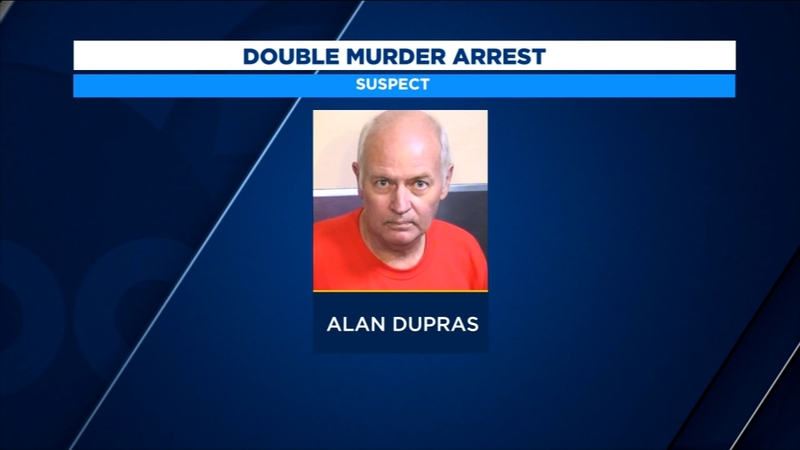 FRESNO, Calif. (KFSN) -- The death penalty is on the table for a Kingsburg man, arrested yesterday for the murders of his estranged wife and her mother.

Action News talked to Jennifer's daughter and a few of her friends and they expressed a lot of relief at the arrest of Alan Dupras yesterday.

But as the case moves forward now, friends say they're left with a brand new empty feeling.

Even 9 months after her death, a lot of people still live with a Jennifer Dupras-sized hole in their hearts.

"We all kind of had an idea of the responsibility and where it lie, but it was a little bit fearful too having him right around the corner from us," said Rosales.

But Rosales and the rest of Jennifer's inner circle know the arrest is just a first step.

Alan Dupras will make his first court appearance Wednesday on two charges of murder, two counts of arson, and a vandalism charge.

Those last three charges involve fires at the home where Jennifer moved after she filed for divorce and the French club where she was president, and legal analyst Tony Capozzi says they boost the murder case.

"It shows a revenge and a retaliation and a hatred, it seems to me, for going through this divorce, for some kind of personal relationship they had before that's really gone awry," said Capozzi.

But Capozzi says all the evidence we've seen is circumstantial.

We revealed that investigators know he shut off his phone around the time of the murders and used search engines to find out how to disable the GPS tracking device in his truck.

And although he denied being anywhere near the scene of the crime, detectives found surveillance footage showing his truck in the area.