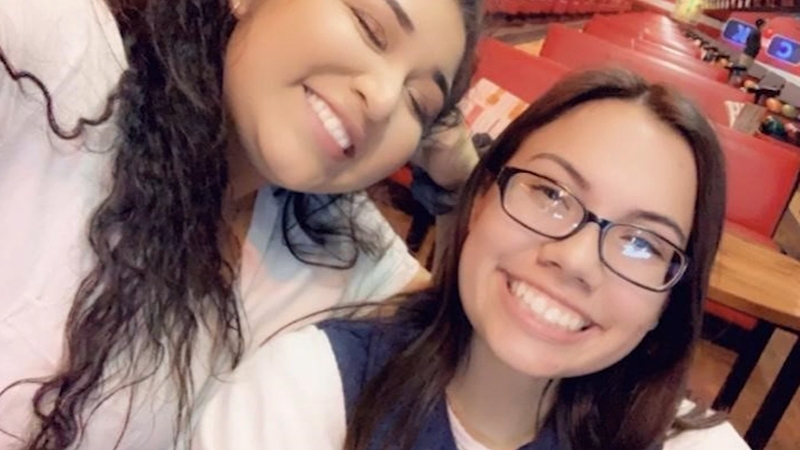 She had plans to meet up with a friend later in the evening but never even made it home.

"We heard screeching tires and crunching metal and I looked at the intersection. I saw this diesel wrecked into another one going up the hill at that time. I didn't even realize there was a car there," says Andrew Barela.

31-year old Andre Hill crashed his semi into Mendoza's car just after 7 p.m. at the Clovis and Mountain View intersection in Fresno County.

Officers say the Baltimore Maryland truck driver failed a sobriety test and couldn't even walk in a straight line.

They believe he was high on marijuana.

Neighbors in the area say the intersection has been a problem for years.

"Ever since I've been here that been a pretty terrible cross section there," Barela says.

He says that they've witnessed many accidents at that exact spot and the added stop signs are just not enough.

Now it's a loss her family and friends will have to deal with for years to come...

"Olivia was the purest, most genuine person I've ever met, she would always make us laugh," says Roxanna Guerrero, her friend. "They don't suffer the consequences we do. and now shes gone."

Mendoza's friends have already set up a small memorial at the intersection.

Mendoza was a Fresno state student who wanted to study criminal law.

Her friends and co-workers say she always brought a smile to their faces..