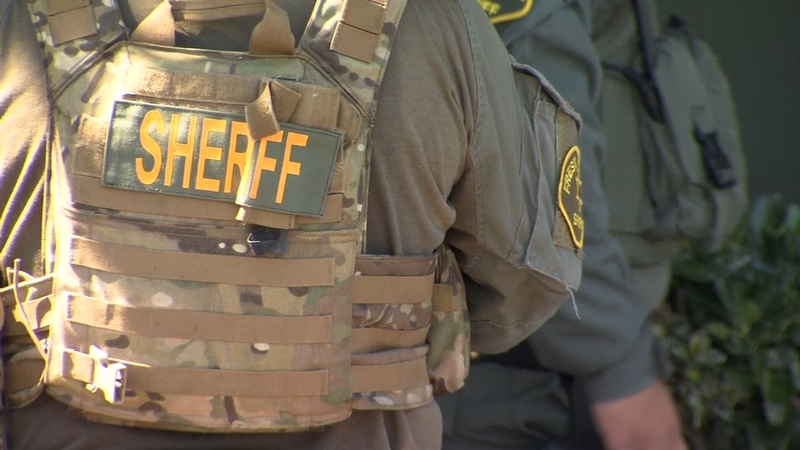 Just after 8:30 a.m. on Friday, a multi-agency gang sweep targeted several locations, many of which were in and around the city of Kingsburg - including a home on Quincy Street, where deputies broke a window to get to the people inside.

Five people were arrested there, but their names have not been released.

The operation was led by the Fresno County Sheriff's Department.

Several deputies worked undercover with the help of police departments from Clovis and Kingsburg.

At a second location, deputies raided a home on Sixth Avenue near Clarkson Avenue where several adults were detained.

Children who were in the home were taken to the nearby Kingsburg Cemetery after the raid to keep them out of harm's way.