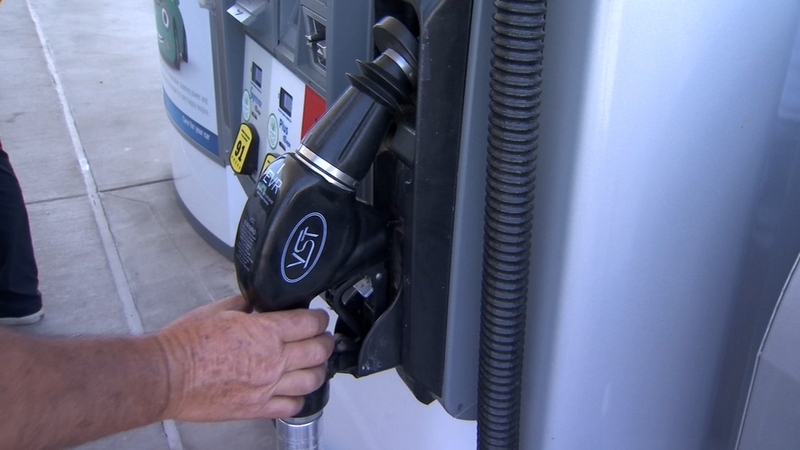 FRESNO, Calif. (KFSN) -- California drivers will see the prices at the pump go up on Wednesday as another round of tax increases for gasoline goes into effect.

Drivers can expect to pay three more cents a gallon due to SB1, which was signed into law by former Governor Brown to fix aging roadways and infrastructure.

The goal is to make roadways better with tax dollars with the Road Maintenance and Rehabilitation Program.

Officials say it will generate about $54 billion in 10 years.

The bill will set aside $200 million annually to help fund projects that will improve roadways throughout California.
In total, drivers in the state are now paying 50.5 cents in taxes per gallon at the pump - that's the highest in the country and double the national average.

If your car requires diesel fuel, you will now pay 38 cents in taxes per gallon instead of 36.

"If this is supposed to be going to fix our roads and schools and stuff like that, roads are all horrible," said Fresno resident Christopher Escamilla.

Others took the change in stride, saying taxes are part of the cost of driving.

"To me it doesn't really matter, gas is going to be gas. You got to pay for it because you own a car," said another resident, Chris Solorio.

Others like Bakersfield Assemblyman Vince Fong say this is the wrong time to raise taxes on Californians, citing the negative financial burden brought on by the coronavirus.

Fong said, "The increase further rubs Sacramento salt into the wounds of California residents who are struggling with uncertainty and real financial pain."

Even with the new tax increase, prices at the pump are still well below what they were a year ago when a gallon of regular unleaded sold for around $3.75.

Drivers can also expect to see the cheapest gas prices for the Fourth of July weekend since 2004.

Delaying or canceling the gas tax increase would have required a vote by both the State Senate and Assembly.