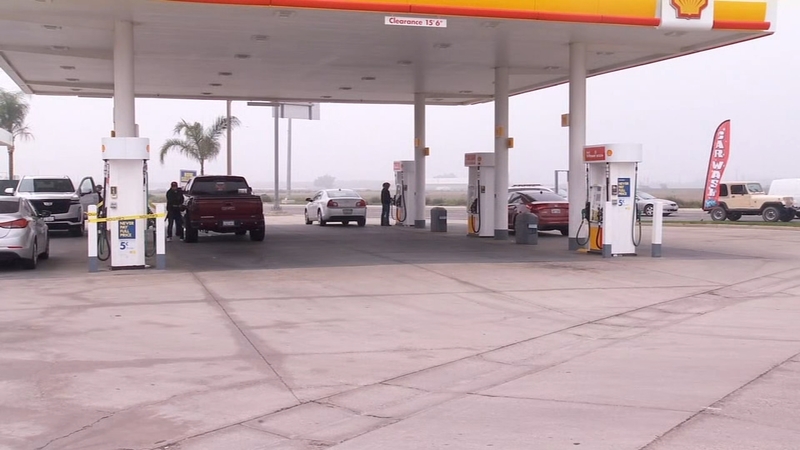 FRESNO, Calif. (KFSN) -- Gas prices skyrocketed across the country but Californians are feeling it a little bit more.

Carlos Ramos and his wife traveled home to Mariposa County from Los Angeles on Monday and say the rise in prices has impacted many people's lifestyles, including theirs.

"It's been hard," he said. "It's either just stay home or go do something really quick and come back home."

With Thanksgiving days away, some people are getting a head start on their traveling, like Keith Criddle and his wife.

They're visiting their son in San Francisco from Utah and say prices at the pump are a drastic difference from one state to another.

Patrick De Haan with Gas Buddy says he was smart to pump gas before entering the state and says everyone with plans of making a drive should brace for that total at the pump.

"America has reopened and along with it, gasoline demand has surged," he said. "The problem is that oil production has not rebounded enough, it's been chasing demand."

He says although it may not seem like it, gas prices are going down this week.

They are projecting the average to be $3.35 a gallon on Thanksgiving Day, but it continues to be the highest amount seen in over seven years.

Meanwhile, gas station owners are looking forward to the uptick of travelers this week but want to remind people they are feeling the heat too.

"Even our inside sales are low," says Vikram Vohra. "If people have limited money on gas, they don't have extra money on chips, gas, beer, whatever you want to call it."