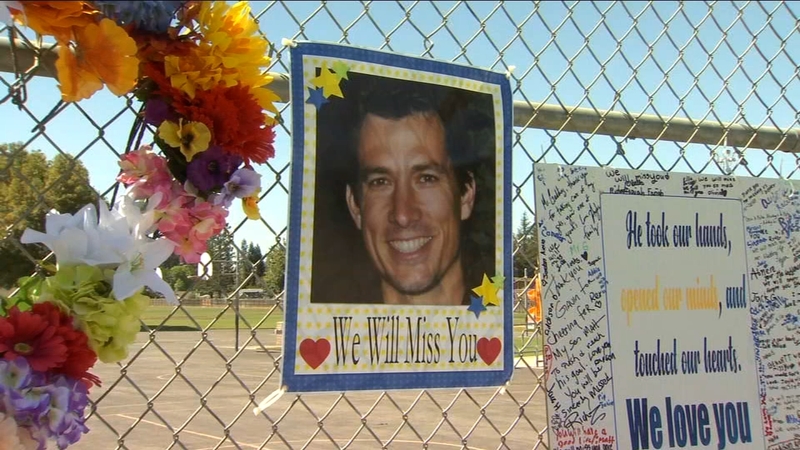 FRESNO, Calif. -- A community left shocked and heartbroken following the death of Gavin Gladding killed early Sunday morning in a hit and run while jogging near Friant and Old Friant road.

"He was truly a man of his word-helpful, the kindness he showed. He treated everyone equally and he was kind to them," said Fort Washington Parent Richard Gonzalez.

Gladding served as the equivalent of Vice Principal at Fort Washington Elementary in Northeast Fresno the last two-plus years.

Since news of his death broke, friends, parents and former students began placing flowers, candles, and notes in front of the school's office.

The flag at Fort Washington was also flown at half-staff Monday for a man who touched so many lives.

"That Vice Principal role is so key, the kids knew him the parents knew him, staff knew him. I think the outpouring we're seeing is demonstrative of the type of person he is," said Clovis Unified Kelly Avants.

While the district has brought grief counselors on campus to deal with the loss.

Investigators with the California Highway Patrol are busy searching for the hit and run driver. Authorities say the car was an early 2000's black GMC Sierra pickup with a shattered passenger window and a missing side mirror.