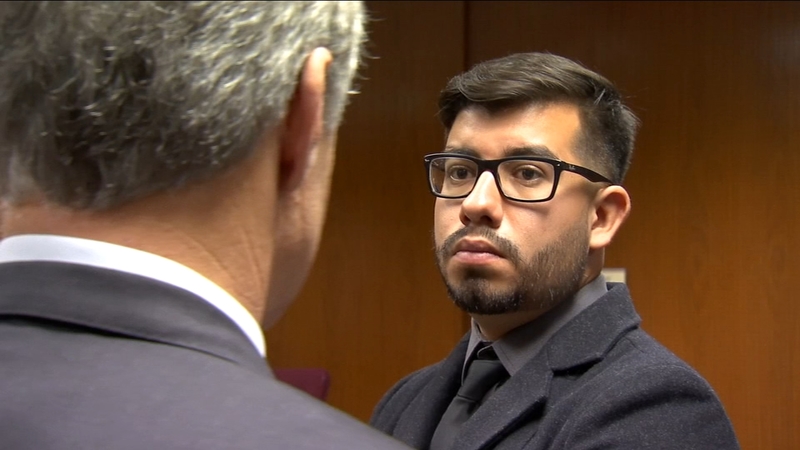 FRESNO, Calif. (KFSN) -- Flanked by his defense attorney, Moises Valdez Guerrero wore a dark colored suit on Wednesday as he agreed to a plea bargain for his involvement in the cover up of a deadly hit-and-run crash that took the life of a popular Clovis educator.

23-year-old Guerrero admitted to helping fix the truck damaged by Rogelio Alvarez Maravilla after he hit and killed Gavin Gladding.

"He feels terrible for the family. He can't sleep at night. He feels horrible and it was for that reason that he decided to step up and take responsibility and get it behind him for himself and for the family," said defense attorney Mark Coleman.

Rogelio Alvarez-Maravilla is already serving a three-year sentence for being behind the wheel in the September crash that killed Gladding.

RELATED: 'The life we dreamed of...was turned upside down:' widow of Clovis educator during sentencing of 18-year old hit and run driver

Guerrero is accused of helping Alvarez Maravilla cover up damage to the vehicle.

Wednesday's plea bargain comes with the agreement that Guerrero will receive probation with no more than 180 days in custody.

"He regrets ever having been involved in this situation. In his mind he was doing a favor for a friend and it turned into a total nightmare for him," Coleman said.

Guerrero is scheduled to be back in a Fresno County courtroom when he's sentenced on March 1.

18-year-old Fernanda Lopez is still facing accessory charges for her involvement in the crime but her case was continued to March 7.