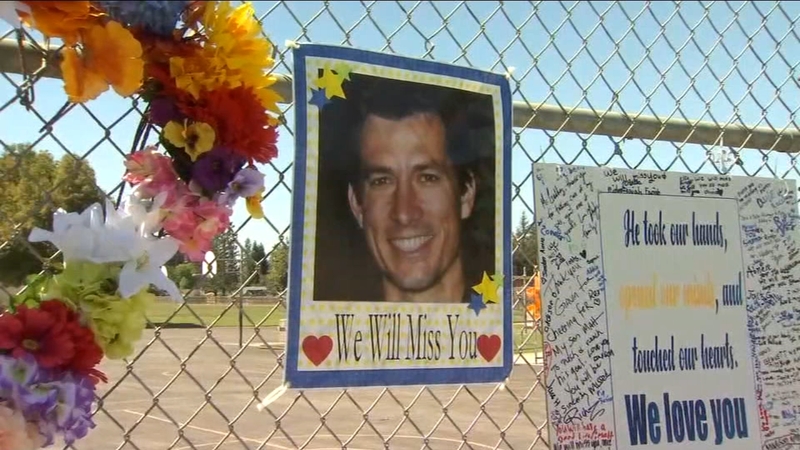 FRESNO, Calif. (KFSN) -- In just a few days, the family of Gavin Gladding will head to Sacramento to pitch "Gavin's Law" to the Assembly Public Safety Committee.

The bill is designed to increase penalties for hit-and-run drivers.

At a rally on Friday at Keith Tice Park in Northeast Fresno, hundreds showed their support for the proposed bill. That rally lasted for about 30 minutes.

Family, friends and loved ones of Clovis educator Gavin Gladding gathered, hoping the bill will change the culture of hit-and-runs.

The beloved Clovis Unified Vice Principal's father Gary Gladding said there is a current loophole in the law - allowing drivers who may be under the influence to take off and not face the consequences of their actions.

"If they turn themselves in or get caught three or four days later if they were under the influence you can't prove it," he said.

That may have been the case in his son's death.

The 18-year-old accused of hitting Gavin was sentenced to three years in prison.

Assemblyman Jim Patterson said that is what inspired him to author this bipartisan bill.

"We wanted to make sure that the signal we're sending is if you hit somebody hurt them or kill you're going to pay a serious prison time, whether you leave or you stay."

Fresno Police Chief Jerry Dyer was among those who showed their support for Gavin's Law.

He hopes the penalty under the proposed bill will make people think twice before leaving the scene of a crash.

Gavin's law is intended to level the playing field and make it more severe for people who leave the scene.

And it is a law that Gavin's father said his son would be proud to see in place.

"There is no question that he is looking down on us saying that's what I would want to have happen."

Currently, the penalty for someone who leaves the scene of a crash where there is permanent or serious injury is a maximum of four years in prison.