'The life we dreamed of...was turned upside down:' widow of Clovis educator during sentencing of 18-year old hit and run driver 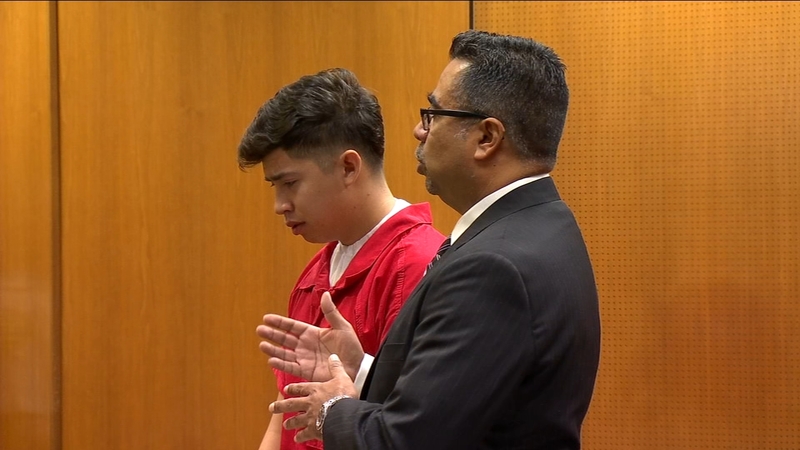 'The life we dreamed of...was turned upside down:' widow of Clovis educator during sentencing of hit and run driver

FRESNO, Calif. (KFSN) -- The grief is still new and life without Gavin is still an adjustment. His widow's entire life plans were destroyed that September morning. And she's now trying to cope with raising two young kids without the man who they all adored.

"My children lost their daddy and a part of their innocence that day. The life that we dreamed of, created and built for ourselves was turned upside down that morning," said Susan Gladding.

Day by day, she tries to pick up the pieces and face reality of life without her husband of 14 years.

His final moments, broken and bleeding, were egregious to Gladdings entire family.

"Rogelio and his girlfriend drove into the bike lane, hit our son, veered to the left, did a U turn and drove with headlights illuminating our son who was dying on the ground," said Gary Gladding, Gavin Gladding's father.

"The gaping hole that you have left in my family is unbearable. I have to watch my niece and nephew who are 8 and 10 years old struggle with the horrible death of their father," said Garbrielle Ruby, the victim's sister.

A longtime pastor at the Easton church Rogelio Alvarez Maravilla attended most of his life, spoke about the teen's regret and failure to stop and help Gladding.

"I don't know what possessed him to leave the scene, even though he knew something had happened. I don't think he realized how serious it was," said Pastor Jerry Amerando.

Maravilla could only get a maximum of 4 years in prison for felony hit and run. In part because he didn't have a criminal past and was a young offender -- he received three.

Legal analyst Tony Capozzi can understand why the family's upset, but says the judge had to look at the entire picture.

Not long enough for the Gladdings who noted their lifetime of voids. But the defendant who they felt lacked any sense of remorse spoke briefly in court, offering an apology.

"I just wanted to tell them, I'm truly sorry for what happened," said Rogelio Alvarez-Maravilla.

A family friend said Maravilla has career plans to become a registered nurse- but the deputy district attorney said he doesn't seem suitable for such a compassionate job.

"He left this man sitting on the road, dying and he wants to be an RN. A nurse is somebody who helps people, that assists them," said Deputy District Attorney Robert Romancce.