Gov. Newsom says he skipped climate conference to spend Halloween with his kids 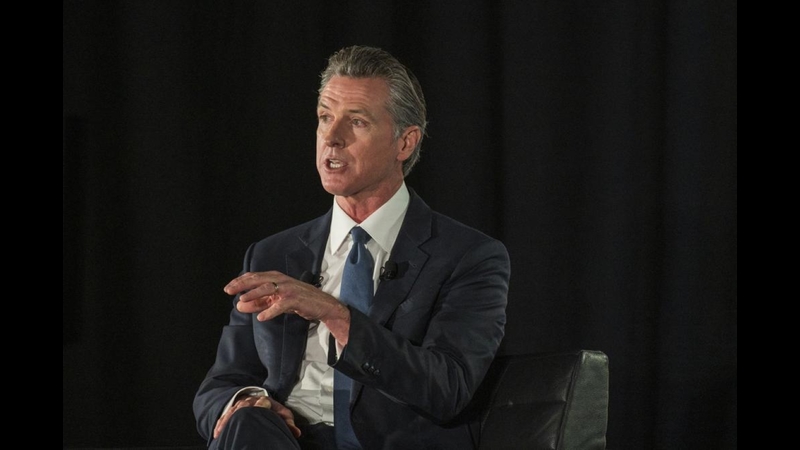 MONTEREY, Calif. -- Trick or treating with his four children on Halloween trumped an international stage devoted to climate change, Gov. Gavin Newsom said Tuesday in explaining why he abruptly canceled plans to attend the United Nations gathering in Scotland.

Newsom, a Democrat, has had a frenetic three years in office, dealing with an unprecedented pandemic, record-breaking destruction from wildfires, a drought and fighting for his political life in only the second gubernatorial recall election in state history. Newsom beat back the recall in September and then spent the next several weeks considering hundreds of bills passed by the Legislature.

His plan to travel with his wife to Glasgow just ahead of Halloween was the last straw for his young kids, aged 5 to 12.

"I've been on this damn treadmill, we've gone from crisis to crisis," Newsom said at the start of a "fireside chat" during an economic summit in Monterey, his first public appearance in nearly two weeks. "The kids, literally, they kind of had an intervention. They said they couldn't believe that I was going to miss Halloween."

Newsom said at first he defended himself, saying he and his wife had to go to the United Nations conference. But after waking up the next morning with "that knot in your stomach," Newsom said: "I had to cancel that trip," earning applause from the audience.

Newsom's announcement on Oct. 29 that he would not attend the conference did not contain any of those details, saying simply he could not attend because of unspecified "family obligations." Newsom then disappeared from public view for nearly two weeks. For most of that time representatives from his office did not say where he was or what he had been doing.

Neither the governor nor his office have said why they didn't include more details before Tuesday about where Newsom was.

"A governor's absence is always a matter of public concern. That's especially true for a governor claiming sole authority to control people's lives through a 'State of Emergency,'" tweeted Republican Assemblyman Kevin Kiley, who ran for governor in the recall election. Kiley has repeatedly tried and failed to convince his colleagues in the Democratic-controlled state Legislature to limit Newsom's emergency powers during the pandemic.

AP News contributed to this report.