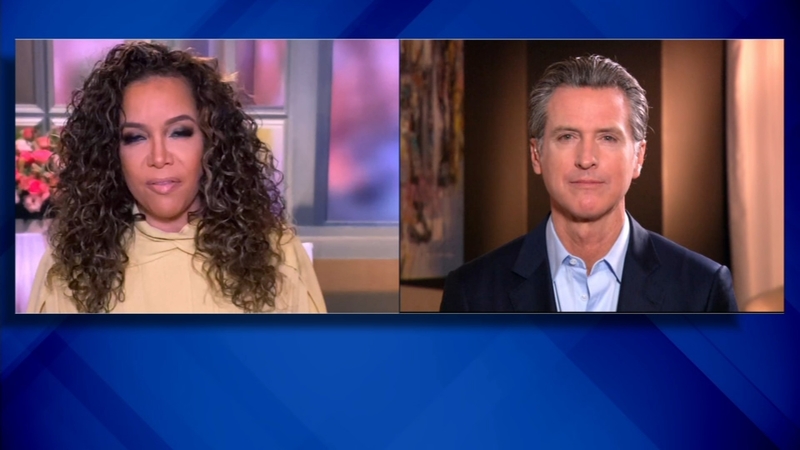 SAN FRANCISCO -- California Governor Gavin Newsom appeared on "The View" on Tuesday, delivering his most blistering attack to date on the effort to remove him from office.

"The top 10% proponents, the people who are behind this, are members of the 3-percenters, the right wing militia groups, the Proud Boys, who supported the insurrection, and folks who quite literally and enthusiastically support Qanon conspiracies," he said. "So that's the origin here."

Newsom says this is the sixth effort to recall him in just 25 months as governor, but he believes organizers will get enough signatures to make it happen.

He says he plans to fight to defend what he says are California values, issues like climate, immigration, and the death penalty.

He also discussed the pledge he made in an interview on Monday, to replace Senator Dianne Feinstein with a Black woman, should the longtime Democratic senator resign her seat before the end of her term.

He denied trying to push her out. "Quite the contrary. She's one of my oldest closest friends and allies and I say that literally, not figuratively. Remember I come from San Francisco, she's been an incredible mentor to me."

Newsom also countered claims that states like Florida have done a better job handling the pandemic.

The governor addressed backlash he received for going against his own recommendations by attending a mostly indoor dinner at French Laundry in Napa County while much of the state was on lockdown. He told "The View," "It was a terrible mistake."

A petition to recall Gov. Gavin Newsom is gaining steam, but why are people upset with him? Here are some of the reasons people want to recall the California governor.

After receiving backlash for going against his own recommendations last year by attending a maskless, mostly indoor dinner at a restaurant while much of the state was on lockdown, California Gov. @GavinNewsom tells @TheView “it was a terrible mistake.” https://t.co/xOnQDip7Iu pic.twitter.com/xr83eMn5tg