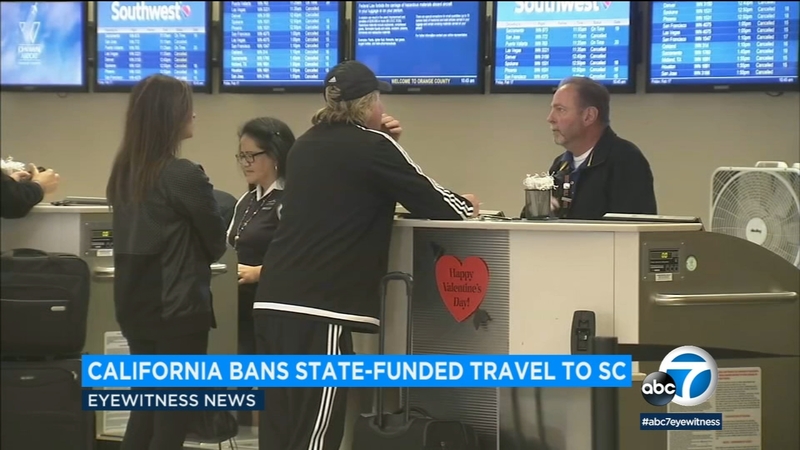 SACRAMENTO, Calif. -- California is banning state-funded travel to South Carolina because of policies it considers discriminatory toward LGBT people.

Attorney General Xavier Becerra announced the ban Tuesday. He says a provision in a budget bill passed last year allows faith-based child-placing agencies to discriminate against those who do not conform to their religious beliefs or moral convictions, including members of the LGBTQ community.

Becerra's decision is based on a 2017 California law that bans state-funded or state-sponsored travel to states that authorize discrimination based on sexual orientation or gender identity.