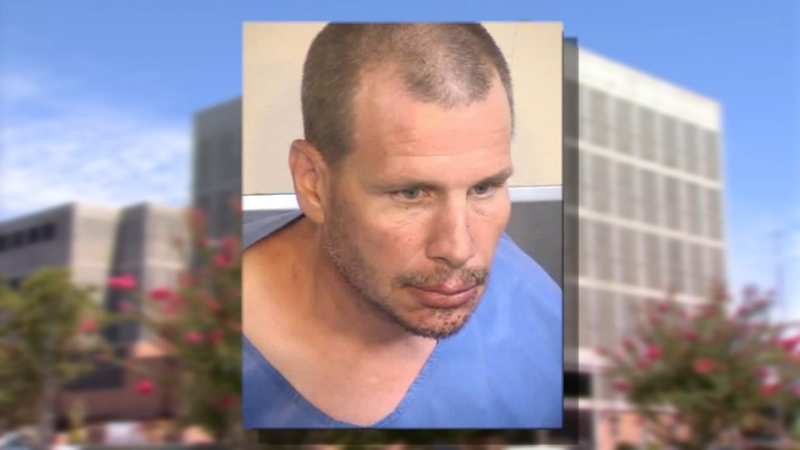 FRESNO, Calif. (KFSN) -- George Boston has claimed to have a communicable disease and, according to court officials, is being quarantined inside the Fresno County jail. The judge trailed the case Monday but said he is considering going to the jail to arraign Boston.

"It accommodates Mr. Boston's statutory and constitutional rights as well as the health of this community in the courthouse," said Honorable Adolfo Corona.

Sheriff's deputies said Boston was taken into custody after a 30-mile chase in a stolen truck. The company OnStar was able to disable the vehicle, but even then deputies said he wouldn't cooperate. He was hit with bean bag rounds, and a pepper ball blast broke the truck window.

From the time Boston was arrested 10 days ago, court workers say he has refused to come to court.

Monday, jail officials said they had not been able to confirm any medical condition. Allegedly Boston claimed he had an undisclosed communicable disease when he was arrested. However, he has refused to take any test to confirm it.

ABC30 legal analyst Tony Capozzi says even if it's true, his case must move on.

"There (are) precautions that can be taken and it's not going to stop any prosecution because of any communicable disease there's no question about that," Capozzi said.

The career criminal is very familiar with the judicial system. He's been racking up a record since the early '90s. He recently spent time in prison for assault with a deadly weapon.

The charges from his latest run-in include evading officers and punching a police dog. Boston's arrest and current health claim is yet another twist in his latest jail stay.

"This case seems so unusual. This is a person that's been in trouble so many different times, yet from what I understand just gets out of jail and is back in doing something else more criminal activity," Capozzi said. "He's fortunate that he was just hit with bean bags and not with bullets in this particular case."