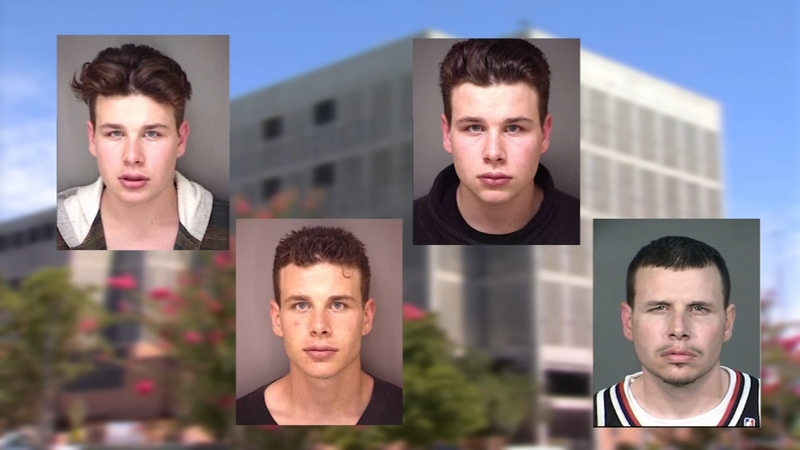 FRESNO, Calif. (KFSN) -- His mugshots show the evolution of a career criminal throughout the decades during his 49 arrests. They began in 1992 and continued over the past 27 years. But George Boston's latest jail photo is all we've seen of him since he's now refusing to come out of his cell to face a judge.

"Our protocol is if an inmate refuses to come out to go to court, we'll defer to the court and ask him hey how bad do you need this person," said Tony Botti of the Fresno County Sheriff's Office. "If you really need him, we'll go in and use hands to yank him out."

Boston is still being monitored for injuries he received after a lengthy pursuit that ended in a citrus orchard at Del Rey and North Avenue in Fresno County.

For a short distance, sheriff's officials say he even drove the wrong way. Deputies finally disabled the stolen truck he was driving using the OnStar feature. But not even that stopped his drive of defiance.

Deputies say they were forced to deploy bean bags and a pepper ball to get him to cooperate. But when he still didn't, they sent in a K9 and instead of giving up, he began punching the dog.

Finally, he was taken into custody. His name and face are widely recognized at the Fresno County Sheriff's Office. Lieutenant Robert Woodrum first met Boston around 14 years ago.

"He's from Orange Cove. My first contact with him was when I was in the gang unit in 2005," Woodrum said.

Boston has been a gang member who detectives say has switched affiliations at least once.

His arrests have been wide ranging from evading officers to drug possession, domestic violence, and battery.

"If the phrase is that a cat has nine lives, it appears that George Boston has 90 lives. I haven't met anyone at this department who doesn't really know who he is."

Recently, the repeat offender wasn't around much, but that's because an assault with a deadly weapon conviction sent him to prison for a short time. It was a strike conviction, and according to court records, it was his first one.