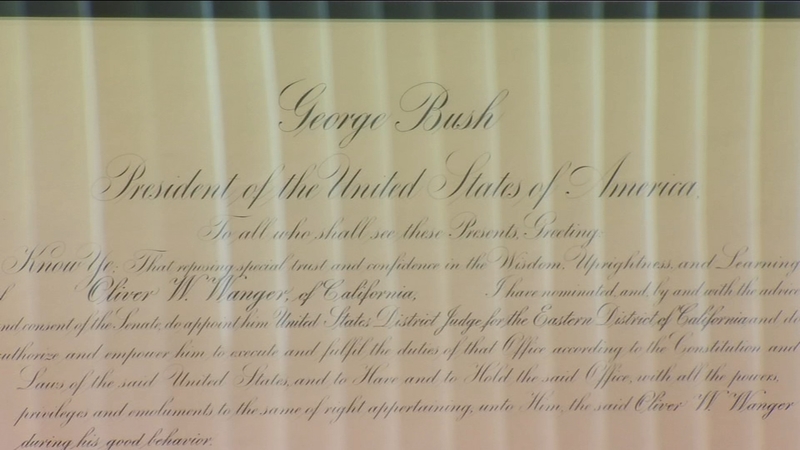 Oliver Wanger is a former federal district judge for the United States District Court for the Eastern District of California.

He joined the court in 1991 after being nominated by President Bush to fill a vacant seat as a United States District Judge.

"At that time my name was recommended by unanimously by the senate judiciary committee and it went to the floor of the entire senate," said Wanger.

His focus was to work on the United States District Court for the Eastern District of California.

President Bush knew Wanger's knowledge and expertise of Central Valley issues would make him a perfect fit for the job.

The president even sent him a congratulatory letter that is proudly displayed in Wanger's North Fresno office and called him personally.

"We talked about agriculture, we talked about water. So we had about an eight or nine minute conversation. He could not have been more polite, more gracious, down to earth and that seems to be universal with everybody who has ever come in contact with him, republican or democrat," said Wanger.

On a professional level he connected with the former commander in chief right away.

Wanger said the commitment to work for the Bush Administration left him a lasting impression professionally and personally.

He admired the respect, honor and un-bias the president showed each person he came across in life.

"In the final analyst he lived his life and all that he did was exemplary and it is something all of us can aspire to," he said.

Wanger retired as a federal district judge in September 2011.