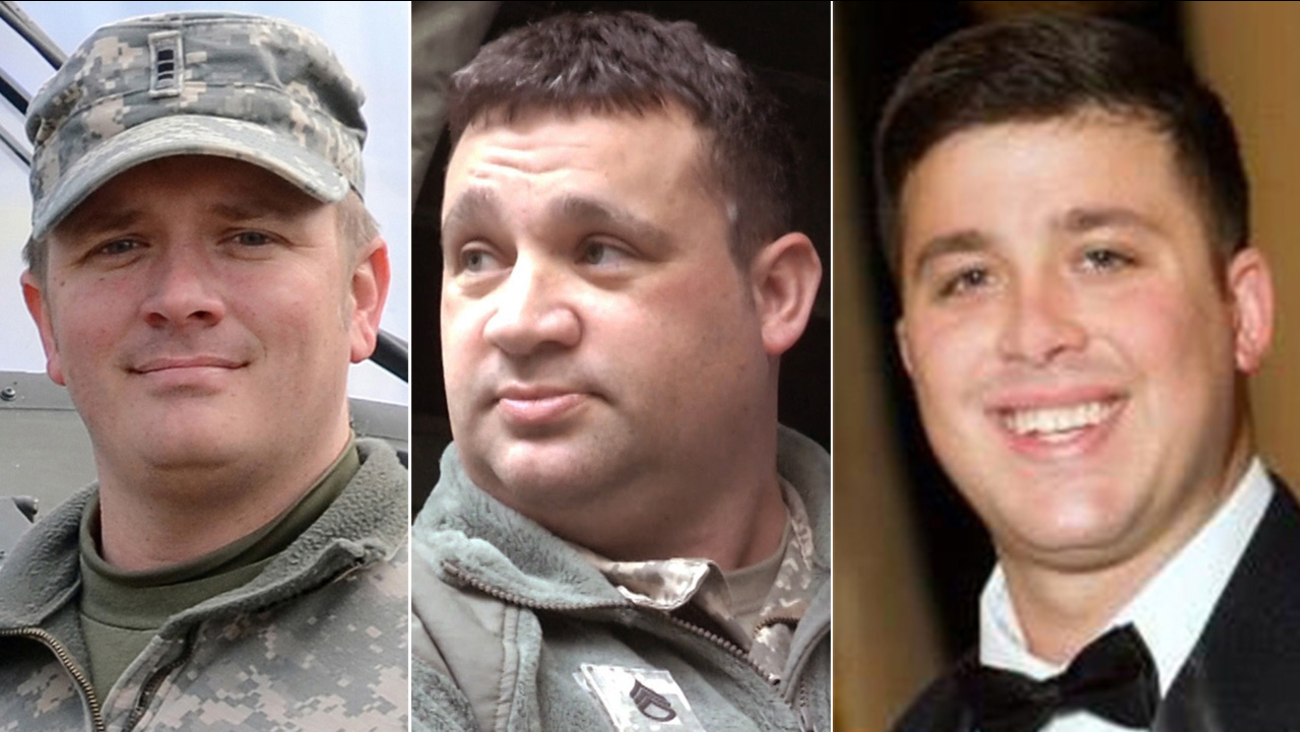 NEW ORLEANS -- The Black Hawk helicopter that crashed in dense fog during a March 10 training mission in Florida was piloted by a veteran flight crew with the Louisiana National Guard based in Hammond. All were killed.

Here are some of their stories:

With more than 6,000 flight hours, Chief Warrant Officer George Wayne Griffin was a respected and decorated veteran described by his commanders as one of the finest helicopter pilots they had. He was a full-time pilot attached to a Black Hawk unit based in Hammond.

Previously he worked as an offshore oil industry helicopter pilot, said Col. Patrick Bossetta, an aviation commander. He once successfully landed a helicopter experiencing engine problems in the Gulf of Mexico, Bossetta said.

He had more than 1,000 flight hours during combat, served in Iraq twice and was deployed during Hurricane Katrina as well as other major hurricanes to hit Louisiana. He also was involved in response efforts to the Deepwater Horizon oil spill in 2010.

"He had a tremendous passion for flying and a God-given natural ability to fly both helicopters and airplanes and to teach others," said Chief Warrant Officer Reggie Lane, who served with Griffin.

Griffin was 37 and is survived by his wife, four children and his father. He was a native of Delhi in central Louisiana. He was living in Hammond at the time of his death.

Chief Warrant Officer George David Strother, described by his officers as a "force of nature," was a seasoned combat pilot. He had over 700 combat hours under his belt. He served in Iraq, Afghanistan and Kosovo. He also was deployed during Hurricane Katrina and other major hurricanes to hit Louisiana.

Strother, 44, is survived by his wife, son, step-daughter and mother. He was a native of Pineville.

"To describe Dave Strother as a big personality would not be accurate," said Maj. Andre Jeansonne, an aviation commander with the Louisiana National Guard. "He was more like a force of nature that could be best observed and marveled at, never opposed or altered."

He was living Alexandria at the time of his death.

Staff Sgt. Lance Bergeron, 40, was a highly respected crew chief who was called one of the Guard's most qualified experts on Black Hawk helicopters. He enlisted in 1998 with the U.S Marine Corps and joined the Louisiana National Guard as a Black Hawk repairer. He was also a valued instructor.

"He was a subject matter expert in his job who exhibited an excitement of learning new skills," said Sgt. 1st Class Brian Marquez, a platoon sergeant with Bergeron's unit.

He had 377 combat hours to his name and served in Iraq twice. He also was deployed during Hurricane Katrina and other major hurricanes to hit Louisiana.

A native of Thibodaux in south Louisiana, Bergeron was remembered as a loving father and husband.

He is survived by his wife, two children and his parents. He was living in Hammond at the time of his death.

Staff Sgt. Thomas Florich was a native of Fairfax County, Virginia, and joined the Louisiana National Guard in 2007 as a Black Hawk repairer. He served during the massive Deepwater Horizon oil spill in 2010 and during Hurricane Isaac in 2012.

Florich, 26, was remembered as an energetic and dedicated crew member.

"He was family with the unit members," said Marquez, a platoon sergeant. "Tom was full of life and his personality could light the room."

He was living in Baton Rouge at the time of his death.

He is survived by his wife, father and stepmother. His wife is expecting their first baby.

NEW ORLEANS (AP) - Members of a seasoned, Louisiana-based National Guard crew who died last week in a helicopter crash off the Florida coast had done tours of duty in Iraq and Afghanistan and participated in humanitarian missions after Gulf Coast hurricanes and in the response to the catastrophic 2010 BP oil spill, military officials said Monday.

The Louisiana National Guard identified the pilots and crew of a Black Hawk helicopter that crashed March 10 in the Santa Rosa Sound along Florida's Panhandle in a nighttime training exercise in dense fog with seven elite Marines aboard. All 11 in the Black Hawk died.

"I couldn't have put up a finer crew," said Col. Patrick Bossetta, a commander over aviation units for the Louisiana National Guard. "Let me put it this way: I would have put my son up with them."

The soldiers' remains are being transported to Dover Air Force Base in Delaware. Burials have not yet been arranged. The names of the Marines killed in the crash were released Friday. The Marines were stationed at Camp Lejeune, North Carolina.

Three members of the flight crew were from Louisiana and one was from Virginia. They were described as among the military's most seasoned helicopter pilots and crew.

Curtis said it was unknown which pilot was in charge at the time of the accident.

"I don't know that we'll ever know that. And I don't even know if that's really important. The accident happened; it is what it is," Curtis said.

The crash is being investigated by the U.S. Army Combat Readiness Center, based in Fort Rucker, Alabama. That investigation will "try to pinpoint exactly what happened, if it was a mechanical failure, or whatever it was," Curtis said.

Bossetta said the foggy nighttime conditions should not have been a major factor. "What they were doing out there wasn't super complex."

Maj. Gen. Joseph L. Osterman, commander of Marine Corps special operations forces, has said they were practicing rappelling down ropes into the water and heading for land, but had decided to abort the mission as too risky.

Military burials with full honors were being planned for the dead.

"Now we can start bringing them back," Curtis said.

He said the delay in releasing the names was due to bad weather including dense fog that's hampered recovery efforts and the nature of the catastrophic crash. He also said the military requires DNA testing to positively identify the dead.

Across Louisiana flags are flying at half-staff until sunset March 20 to honor the dead.