Germany out of World Cup; Mexico advances despite loss against Sweden 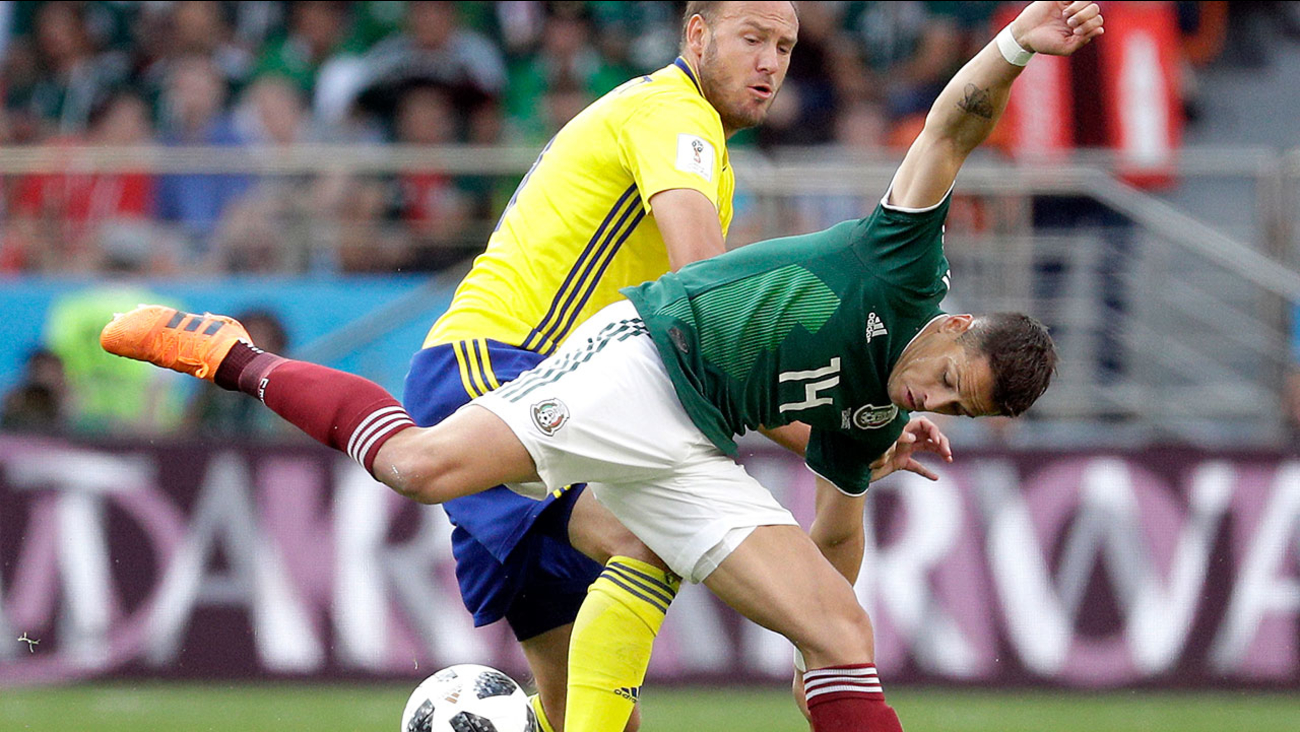 MOSCOW -- Defending champion Germany has been eliminated in the group stage of the World Cup in a 2-0 stoppage-time loss to South Korea and Sweden has topped Group F with a 3-0 win over Mexico.

South Korea's first goal in injury time was initially disallowed for offside but that decision was overturned after a video review - meaning Mexico would advance to the knockout stage with Sweden despite the heavy loss.

All four teams had a chance to advance in games that were being played simultaneously and Sweden's comprehensive lead over Mexico put Germany into prime position to advance as well - provided the Germans could score against the South Koreans.

That was the problem, for Germany.

The mood of Mexico fans at the game in Yekaterinburg improved when news filtered in that South Korean goalkeeper Joe Hyeon-woo was holding the Germans at bay in Kazan.

They cheered wildy when Kim Young-gwon turned in a shot home from six meters. Initially flagged offside, the goal has finally been allowed after a VAR review.