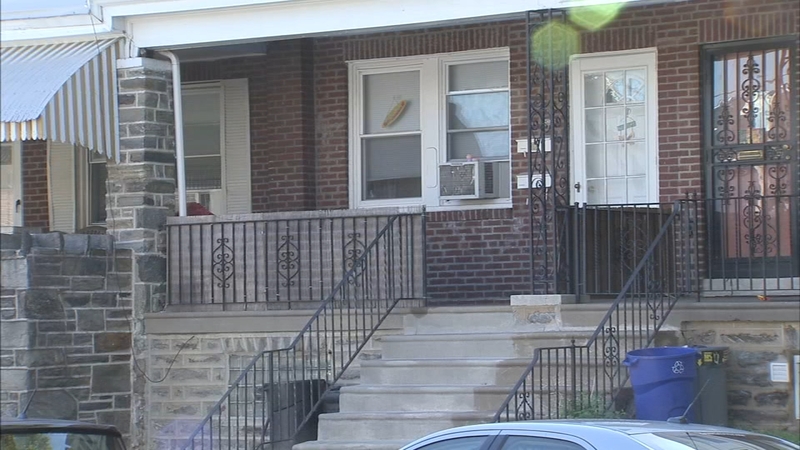 PHILADELPHIA -- A 34-year-old mother is now behind bars after police say she attacked her 3-year-old child with a machete on Sunday night.

Police were called to the 5900 block of Mascher Street in Philadelphia's Olney section just after 8 p.m. for reports of someone screaming.

That's when they found a 3-year-old girl suffering at least six stab wounds to the head, shoulder and knee. One cut was so deep neighbors said you could see the child's skull. The girl also suffered skull fractures.

"She sustained some serious trauma sadly at the hands of her mother- the very individual that's supposed to be here to protect her," according to Philadelphia Police Commissioner Richard Ross.

A nurse who lives nearby, but didn't want to be identified, told Action News that the gashes were deep, and there was little she could do. She explained she checked the girl's pulse and applied pressure while she waited for police. Despite the blood loss, the girl remained conscious.

A neighbor recalled, "She tried to stabilize the baby until two cops rushed her- they wouldnt even even wait for the ambulance it was so bad. They took her in their police car."

The child was then taken to Einstein Medical Center and was later transferred to St. Christopher's Hospital for Children.

Witnesses said the mom appeared incoherent and was naked at the top of the stairs.

"All the girl kept saying was 'My mommy tried to cut my hair' that's what the little girl was saying," a neighbor named Pauline told Action News. "I don't think she thinks her mother would hurt her. They're very close and it's sad."

Philadelphia Police Commissioner Richard Ross said it is possible the suspect was on drugs and investigators are awaiting toxicology results. Ross said the woman has no prior arrest history.

Neighbors said it is the second time the police were at the house in recent days; they said the last time police retrieved weapons from the home including machetes after another member of the household assaulted someone.

It's unclear if anyone else was inside the home at the time of the attack.