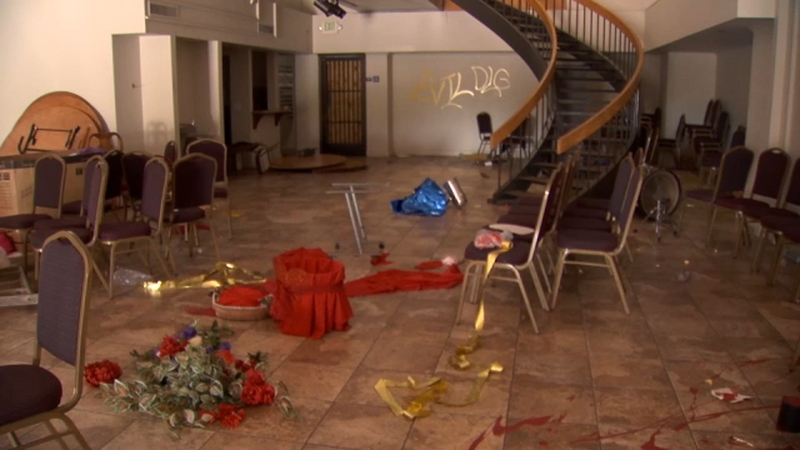 The building has hosted many weddings, quinceañeras and birthday parties for the last 13 years.

While it may look blighted and vacant now, that was not the case just a couple of months ago.

Fagbule says along with the events held here, a church has been renting the space for the past two years.

But now, she can no longer run the business because of all the damage, especially because the problems are persistent.

"Ttwo days ago, I just spent $1,500. We fixed the glass, we fixed the door, it was all boarded looking clean. We swept and guess what? They came back the following day."

On April 24, she entered her business to find it destroyed. Since then, Fagbule says the crimes have only gotten worse.

Crooks are continuing to break in, throw paint, vandalize the building with graffiti, cut and steal wires, A/C units and the electrical meter.

Fagbule says at least one person was detained, but the attacks haven't stopped.

In broad daylight just this week, she saw someone on a bike with a saw in front of her building.

Fagbule believes the person behind the crimes is a former customer who she says threatened to ruin her building.

She is now pleading with police and the city for help as the bills pile up.

But she says city code enforcement has instead issued her citations, stating the exterior walls are damaged, deteriorated, and dilapidated.

While she says the city wants to board up her building, she hopes to keep fighting.

A statement from the city says, "Code Enforcement does have an open case for this property. However, we have been working with the owner and have not issued any citations. We have also referred the owner to EDD, where there may be an option for a low-interest loan to assist with repairs."

The department says it has one open investigation and officers are looking into a few people who have been arrested at this location for similar incidents.