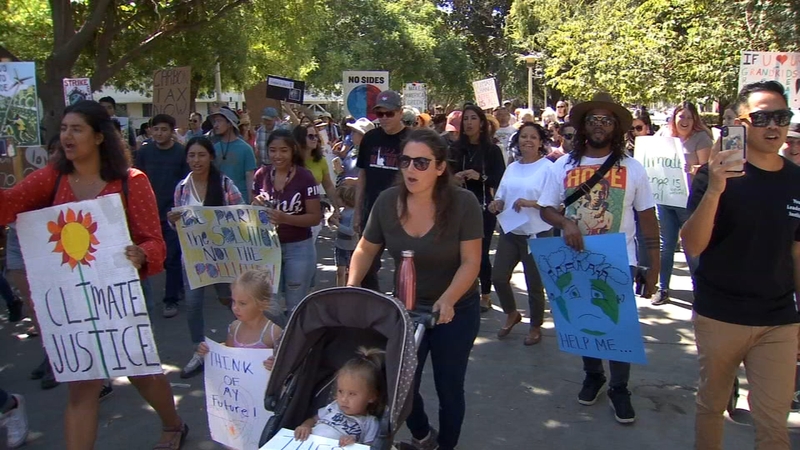 A massive event in New York drew more than 60,000 people. But the large student walkouts we saw in other cities didn't happen in Fresno. Like millions of other people around the world, hundreds of locals came to demand action on climate change.

"I'm so worried about my future," Keion White explained. "If our air is looking bad 30 years ago and to now nothing has been done, what are we going to look for in another 30 years?"

And so they marched to city hall to have their voices heard.

Sharon Rossi came to fight for clean air and water for her grandkids.

"They're not going to have what we have and so I'm hoping if we make interventions now, there's still time that we can save the earth for them," she said.

"The youth is starting to feel like they don't have a voice and their voice doesn't matter so bringing them out here and making their vocal cords used and pretty much exercise those muscles, it's pretty much building that narrative that we can make change," he said.

"It is this generation that is going to pay the dividends of whatever we fight for here," Dary Rezvani added.