Golden Valley High senior Johnny Rogel-Gonzalez is honoring veterans with the instrument he has been playing since the 6th grade.

ATWATER, Calif. (KFSN) -- One student in the North Valley is honoring veterans in a powerful way through his music.

The 18-year-old is a senior at Golden Valley High School in Merced and is also the band's drum major.

He's been playing the trumpet since the 6th grade.

His uncle is a veteran who collaborated with the non-profit "Old Town Atwater" for this touching tribute.

Rogel-Gonzalez has dreams of one day playing in the United States Marine Band.

He says he's thankful for the chance to share this musical salute on Veterans Day.

"It's a very important day to a lot of people and I feel like it's something you have to really respect and honor," Rogel-Gonzalez says.

Before this rendition of taps, Johnny played "Reveille" at 5 a.m. Friday- live on the Old Town Atwater Instagram page.

It's the song traditionally used to wake up U.S. troops. 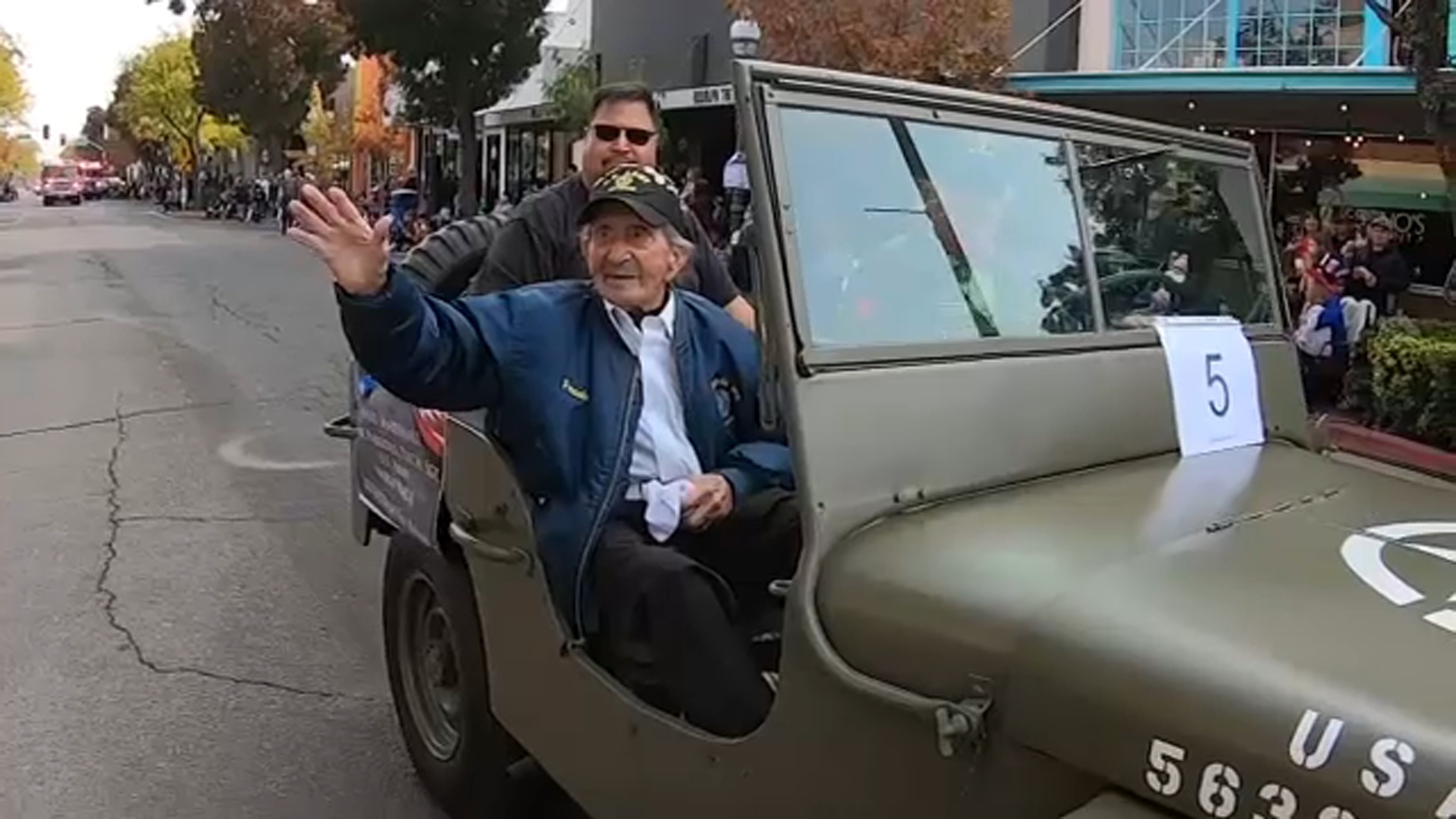