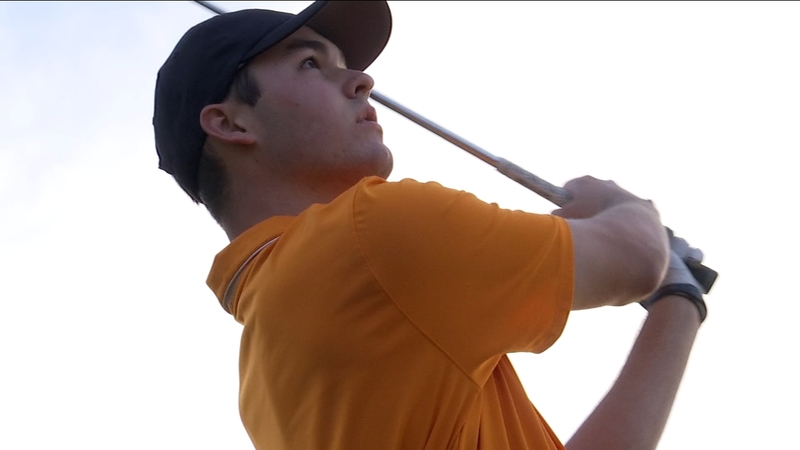 "On the weekend I could be out there as long as ten hours," Brian said.

The Kingsburg native starting hitting golf balls at the age of two.

"I would hit balls for hours. My dad would have to carry me off the golf course," Brian said.

His dad, the head coach of the Reedley College golf team, had Brian practice with the college team.

He played in his first tournament at the age of nine. He won-beating out high schoolers.

"When he won it for his first competition I thought well maybe this kid's pretty special," said Brian's father, Scott Stark.

If you're feeling a bit of Déj vu, eight years ago we profiled Brian on our first ever Good Sports.

Back then he was a ten year old golf prodigy.

He's got a 42 stroke average for nine holes.

Back then the goal was to beat dad. Three days after the story ran he would.

"He has never beaten me since," Scott said.

Today he holds a course record at Dinuba's Ridge Creek -shooting a 60 from the whites. His coach says it could've been better.

Brian has won the same junior tournaments as Tiger Woods and Phil Mickelson. A list that's too long to name. The goal now-make it to the PGA Tour just like Valley native Bryson DeChambeau. This picture showing the two playing together back in 2011.

"It's really nice to be able to see his progression and see how I can do the same thing," Brian said.

Brian looks to be on the right track. This month signing to play at Oklahoma State University. A golf program equivalent to Alabama football.

"The longevity over 72 years to only not make the NCAAs one year-no one even comes close to that," Brian said.

With goals to turn pro-Brian is simply focused on the shot in front of him.

"He'd tell you that I just want to get better today and try to be better tomorrow and I really appreciate that from him and I think if he continues that attitude he'll continue to rise and get to where he wants to go."