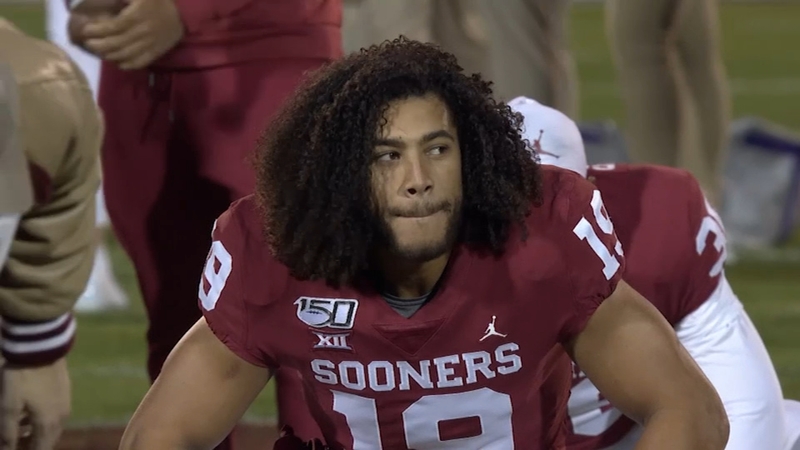 FRESNO, Calif. (KFSN) -- Caleb Kelly graduated from the University of Oklahoma in May.

This year he will be pursuing his master's degree in administrative leadership.

Kelly tore his ACL in the Spring of 2019 sidelining him for the majority of the college football season. The former Golden Eagle was persistent with his knee injury seeking treatment multiple times a day.

"Often they would tell me that I need to chill out, you need to get out of here because we're tired of seeing you and you're doing too much," he says.

Kelly's dedication to rehabbing his knee allowed him to return to the field and play in the final four games of the year. The Sooner helped his team win the Big 12 Championship over No. 8 Baylor and went on to play in the Peach Bowl Against No.1 LSU.

"It is different, you can tell just the intensity of the game, everyone has their own perspective. I always usually play pretty well in those games too, just because I have that mentality that it's just another game. Whoever is in front of you whether they're number one or 90, you have to show up and play. Every opportunity it another opportunity to make a play and make a name for yourself," he says.

Caleb's roots were planted in the Central Valley but says Norman is special because it's where he's been able to grow on his own.

"I love Fresno. When I go back it's home, but this is home here too. It was kind of like the place where I spread my wings, I feel like I've really had the opportunity to do that here. Become a man and handle business. On the field off the field."

The linebacker is one of the oldest and experienced players on the team. His maturity and leadership excels off the gridiron. Last month he spoke to the community in Fresno about racial injustice and had an open dialogue with his own family.

"We have to acknowledge it, we can't just say, 'Oh, we're Fresno, we're perfect because we're diverse'. I even had to have tough conversations with my own family because I'm half black and half white," he says.

From social justice issues to staying safe during the pandemic, Caleb is also focusing his attention on football. Staying healthy this year will give him one last shot at improving his stock in the 2021 NFL Draft.