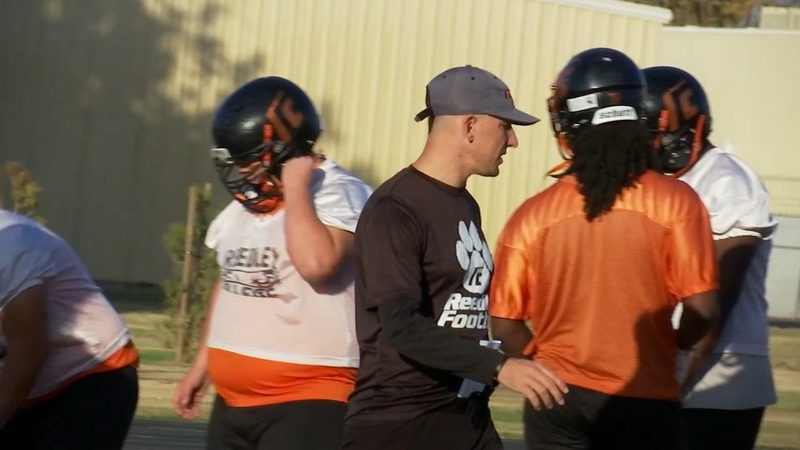 The Tigers have gone 20-2 over the past two seasons, an incredible turnaround from when Coach Marty was first hired in 2016.

Four years ago the football program had only nine players on the roster and they were on probation for two years.

"You're getting your teeth kicked in the first couple of years regardless of how good of a job you do. You're a young coach getting criticism maybe he's to this, or to that and you're doing the best job you can it's just going to take time to build it. To get where we are, to have the vision, the plan come to fruition... it's been really rewarding," he says.

Parlier Native Paul Moreno joined the team in 2016 and left, but came back in the spring of 2018.

"From where it started there was no commodity, there was no organization. It was bad, it was a bad situation that he walked into. When I came back it was completely different," he says.

"A lot of guys say they want to be D1 players, I want to be a pro, but they don't know how difficult that is. Trying to give them a lot of chances, but simultaneously hold them to a high standard."

Coach Marty and the Tigers coaches' staff have landed players from all over the country.

Reedley is just one of three junior colleges with a quarterback in the NFL. Firebaugh's Josh Allen played at Reedley before transferring to Wyoming where he eventually got drafted number 7 overall by the Buffalo Bills.

With their dominance over the past two seasons, the Tigers will move to an upper-division next season where they will be able to compete for a state championship.