KFSN
By Stephen Hicks
It is a calm, quiet morning at Fig Garden Swim & Racket Club, but the game of a young local is making noise across the country.

"My name is Ethan Quinn, I'm 15 years old and I'm number one in the country."

Quinn gained that distinction after winning the USTA National Championship.

Phil King, former tennis player at Fresno State and current head coach at Clovis East, is one of about 15 local partners Ethan plays against.

"He's super confident. It's not cocky it's just a confidence," King says.

"In junior tennis you see kids overreact to pressure situations all the time, they get uptight, they get nervous. You see Ethan out there, he's Cool Hand Luke. He's just chill."

After winning a Valley championship as a freshman, the San Joaquin Memorial sophomore has big plans for his future.

"I would like to go pro. That's the goal but at least I'd like to go to college and hopefully win a national title with a college team or individual," he says.

With a serve that registers around 110 miles per hour, he looks to have all the shots.

His talent is visible to all. His US ranking is off the charts.

But it's the way he's going about it that separates him from other star players. Unlike other top tennis players, he's still enrolled at school instead of at an academy.

"I like to be social and be able to have friends but if I'm in home school it's just 24x7 I'm going to be playing tennis and just focusing on that but I like to do other stuff other than just tennis," says Quinn.

With a quiet confidence paired with a talent that's already yielding results, Ethan Quinn's game screams as one to follow for a long time to come.
Report a correction or typo
Related topics:
sportsgood sports
Copyright © 2020 KFSN-TV. All Rights Reserved.
GOOD SPORTS 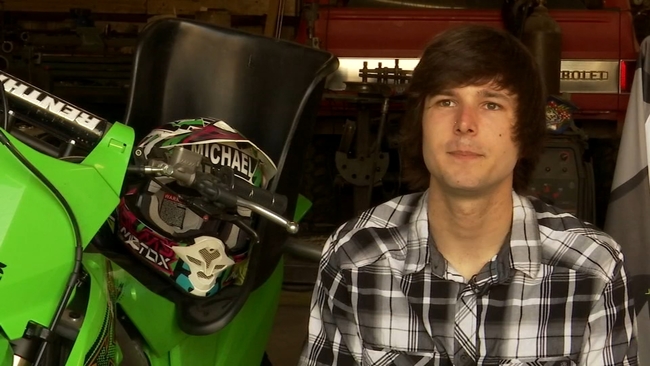