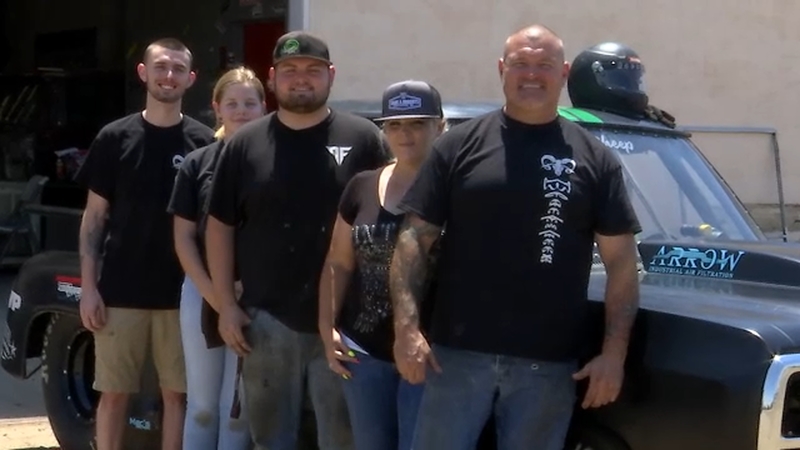 A Clovis drag racer will be making his debut on the show.

James Bodine has a long history of racing in his family.

His father had hot rods and street cars which sparked James' passion of building cars when he was just 13.

When his father retired and he bought a truck to take on fishing trips, James started throwing money into the car to help make it faster.

When his father passed away, the truck sat in his garage for years.

"I really had no plans its was dad's truck, and then my fiancé Susan said, 'Let's build it'."

"Black Sheep is because no one ever expects you to do anything. That's why we're black sheep. They see the truck and don't expect it to do what it does."

In a quarter mile, the truck goes up 175 miles per hour. After racing all over California people know about the Black Sheep out of Clovis. A popular street drag racer named Jay Boddie invited James to be a part of Team California on the TV show Street Outlaws.

Bodine and his family just got back from Casper Wyoming where the show was filmed. Before he left he had to take a COVID-19 test and every day on set his temperature was taken daily. The show was filmed overnight from 7 pm to 6 in the morning.

"When we got out there to do our thing, they knew we were there. It was pretty cool to see that truck to be with some of the fastest cars around."

You can watch Black Sheep race in January when the new season of Street Laws comes out. James says he learned a lot from the other racers on the show and is looking forward to taking his father's fishing truck to the next level.