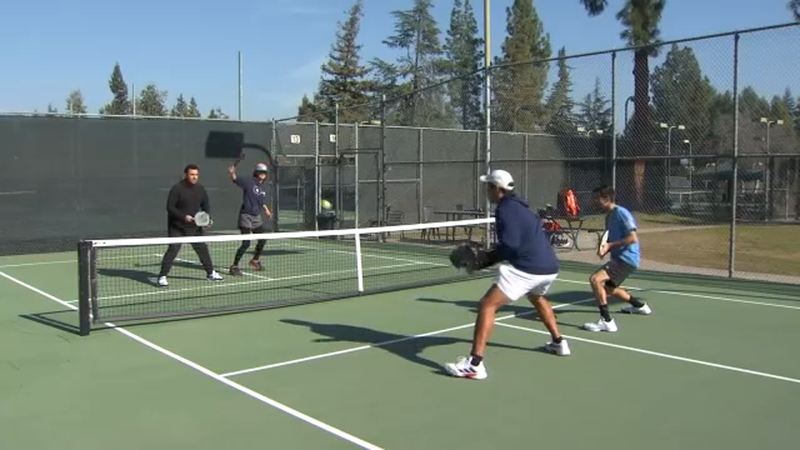 FRESNO, Calif. (KFSN) -- Considered America's fastest-growing sport, Pickleball has only gained in popularity during the pandemic.

"It's such a unique sport. The sound, the feel of a Pickleball paddle is very unique."

This fast-moving sport has exploded in popularity in recent years.

Pickleball, once a favorite hobby among retirees, has caught on with a younger generation of players with different skill levels.

But what is it?

"Pickleball is almost like a smaller version of tennis, but it also shares the same qualities of other racket sports such as badminton, ping pong, tennis," says Fresno State assistant Tennis Coach Calvin Song.

Pickleball was invented in 1965 but never enjoyed this type of resurgence until now.

Song says you don't need to have a racket sport background to pick up the game.

"One of the best parts about Pickleball is there are so many different age groups and levels, so everyone has a spot to play and it's not just one big open field. It's really appealing for people who want to stay competitive and find a new sport and new hobby," Song said.

While most play the sport to stay active, Pickleball can be highly competitive despite its short learning curve.

"Maybe you never even played sports. You can get on the Pickleball court and you will be playing in 10 minutes. It pretty much doesn't happen in any other sport in the world, very unique," Irina Tereschenko said.

Tereshenko is a Fresno resident and a professional Pickleball player, ranked among the Top 5 on tour.

"I would call myself an all-around player with the ability to integrate creativity in my shots, use deception and use my athleticism," she said.

While Pickleball has become a passion for Iryna, you don't have to be a champion to enjoy the game.

Many players point to the sports' social aspect that draws them in.