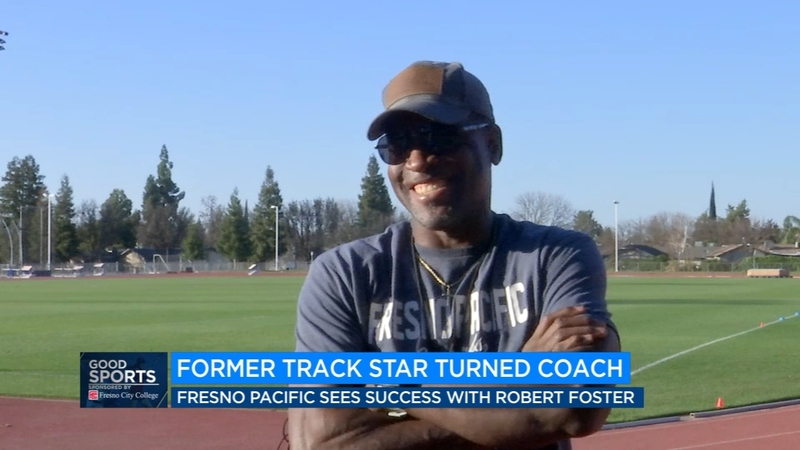 Over at Fresno Pacific, a two-time Olympian is helping the Sunbirds prepare for greatness.

Whether it's a personal record, a trip to nationals or dreams of the Olympics, the sprinters and hurdlers at Fresno Pacific are seeing heightened success since adding Robert Foster.

"He's a coach who never tells you your goal is too big," says Danae Manibog, a senior and school record holder in the 400 m.

Foster, who immigrated from Jamaica at 13, was drawn to the California sun, getting scholarship offers from USC and Fresno State.

"The hunger in Jamaica is to get out, to get to a better life. You either eat or die, it's that simple," says Foster.

Choosing to be a Bulldog over a Trojan paid off for the future track star.

A two-time conference champ, Foster set a hurdling record that still stands today. After winning the national championship for indoor and outdoor hurdling, just two years after graduation, the former Bulldog was competing in the 1996 Olympic Games.

"Sometimes I just marvel at myself because when I was doing it, it didn't seem that impressive. Yes the training was hard but now looking back when I'm older definitely a feat," says Foster.

The Olympic dream coming again in 2000 for the Sydney Games. Foster then needed a new career path and began as a volunteer coach back at Fresno State.

"I like seeing that lightbulb go off when they hit that mark, or they run that race or something clicks," he says.

Now in his 6th season at Fresno Pacific, the two-time Olympian makes a point to sit down with each of his athletes to identify their goals.

"It's an eye-opener for them when they sit in front of me for the first time as a freshman coming in - 'Do you really want to be coached by me, are you willing to do the work because it's not easy?' They don't see the vomiting, the work in the weight room, the pulled hamstring."

Foster's work ethic from the late 90s is still on display today.

"They'll be days we're training at Woodward Park and he'll do the workout with us. It's a little funny to see at times but he sets the bar high," says Manibog.

"You know when you do well because he has the biggest smile on his face, he won't directly tell you because he doesn't want you to think that your work is done," he says.