Greenland responds to reports Trump talked about buying the territory 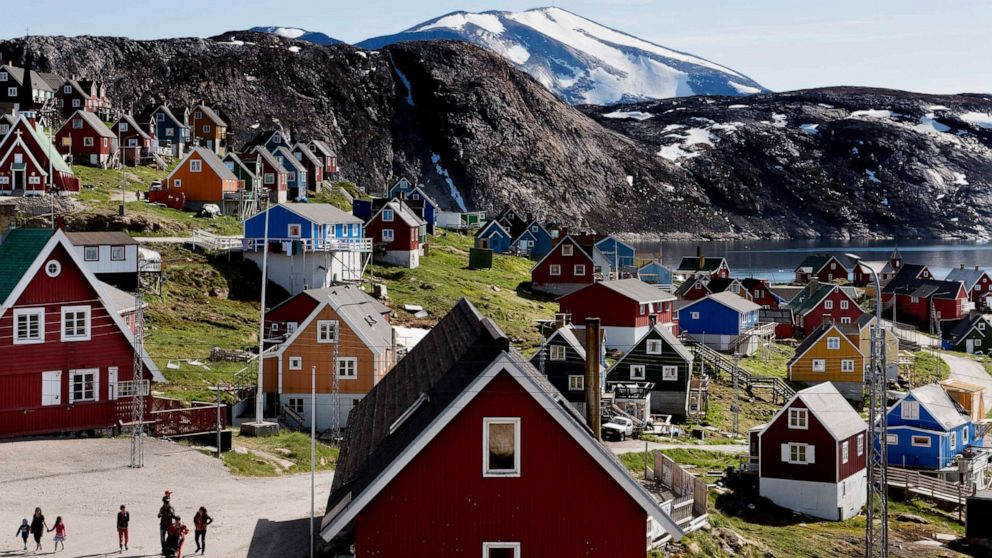 The Greenland Ministry of Foreign Affairs responded to reports that President Donald Trump had talked about the possibility of buying the territory.

"Greenland is rich in valuable resources such as minerals, the purest water and ice, fish stocks, seafood, renewable energy and is a new frontier for adventure tourism," the ministry's account tweeted Thursday morning. "We're open for business, not for sale."

A government of Greenland spokesperson reiterated that the island was not for sale when approached for comment by ABC News.

"We have a good cooperation with USA, and we see it as an expression of greater interest in investing in our country and the possibilities we offer," the spokesperson said. "Of course, Greenland is not for sale. Because of the unofficial nature of the news, the Government of Greenland has no further comments."

Greenland is a self-governing territory, responsible for its own policies and foreign affairs, that is technically a part of the Kingdom of Denmark. The Danish Ministry of Foreign Affairs declined to comment on the story when approached by ABC News.

The tweet was in response to media reports that Trump had expressed an interest in buying Greenland to Republican figures, with the story first appearing in the Wall Street Journal.

The veracity of the report was backed up by other news outlets, but the seriousness of the topic was questioned, with an anonymous "Republican congressional aide" telling The Associated Press that Trump had introduced the idea of purchasing Greenland with lawmakers on more than one occasion. The president was "not serious about it," according to the report.

A Pentagon spokesperson told ABC News its "long-standing defense relationship" with Denmark, which includes an air base in Thule, Greenland, "has not changed."

"The Greenland-Iceland-United Kingdom (GIUK) gap is a strategic corridor for naval operations in the North Atlantic, and we work closely with our NATO allies to maintain the transatlantic link," the spokesperson said.

Danish media and politicians have mostly laughed off reports of Trump's interest, with former Prime Minister Lars Lkke Rasmussen tweeting, "It must be an April Fool's Day joke ... but totally out of session!"

Trump is not the first U.S. president to express an interest in purchasing Greenland due to its strategic location and rich resources. In 1946, the government led by President Harry Truman offered to buy Greenland from the Kingdom of Denmark for $100 million, a bid that was promptly rejected.

Secretary of State Mike Pompeo was supposed to visit the U.S. military base there in May, but had to cancel to trip at the last-minute because of increasing tensions with Iran.

Greenland's strategic importance has increased as China has looked to expand its activity in the Arctic in recent years. While China already has research stations in Iceland and Norway, the nation is looking to expand its footprint into Greenland with a satellite ground station, renovated airport and mining operations. Those ambitions have alarmed Denmark -- as Greenland is a Danish territory -- with the Danes publicly expressed concerns with China's interest in the world's largest island.