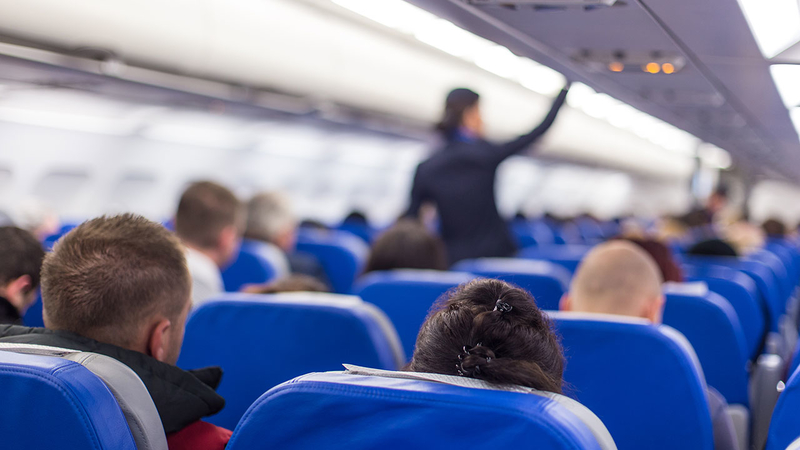 A man arrested for allegedly touching a woman's breast on a flight out of Houston reportedly told authorities "the president of the United States says it's OK to grab women by their private parts."

Bruce Alexander was on a Houston-to-Albuquerque flight on Sunday when he allegedly twice leaned forward and touched the breast of a woman sitting in front of him.

The woman, who wasn't identified, told authorities she thought the first time she was touched might have been an accident, but the second instance was clearly on purpose.

She confronted the man after the second time she says he touched her breast.

"She rose from her seat, turned around and told the passenger behind her that she didn't know why he thought it was OK and he needed to stop," court documents stated.

A crew member relocated the woman to a different seat.

Alexander was arrested when the plane landed. After he was placed in handcuffs, he asked what the sentence was for the charge he was being arrested for.

A short time later, according to court documents, Alexander said "the president of the United States says it's OK to grab women by their private parts."