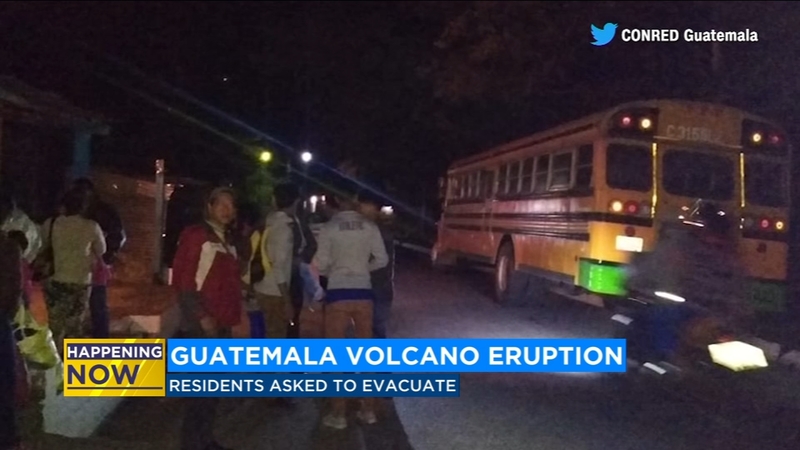 GUATEMALA CITY -- About 4,000 residents fled Guatemala's Volcano of Fire Monday as red-hot rock and ash spewed into the sky and cascaded down the slopes toward an area devastated by a deadly eruption earlier this year.

Incandescent material burst as high as 3,200 feet above the crater and flows of hot rock and ash extended about 1.5 miles down one flank of the volcano. Hot blasts of pyroclastic material pushed down canyons on the slopes, while ash drifted toward Guatemala City to the east.

Hundreds of families heeded the call of disaster coordination authorities to evacuate 10 communities, piling into yellow school buses for trips to shelters. The national disaster commission said 3,925 people had been evacuated by early Monday.

The Volcano of Fire is one of the most active in Central America and an eruption in June killed 194 people. Another 234 are officially missing, although organizations supporting the communities have insisted there are thousands of missing persons.

It spewed more ash and hot rock in October, prompting warnings for the nearby communities.