Gun burglaries on the rise in Fresno, suspects not only targeting businesses but breaking into homes 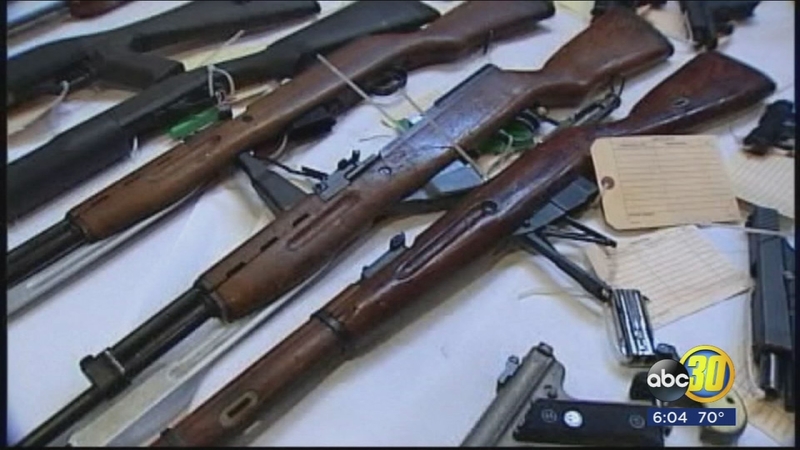 Gun burglaries on the rise in Fresno, suspects not only targeting businesses but breaking into homes

FRESNO, Calif. (KFSN) -- Home break-ins put 31 guns in the hands of burglars out on the streets of Fresno within the last month and while some people may think having them locked up in a safe will protect them, burglars are stealing those too.

"The violent crime we see is committed with firearms and firearm in the hand of the wrong person is not what we want in our city especially when they're gang members," said Jerry Dyer.

Police Chief Jerry Dyer says so far officers have been able to find three of those stolen guns and arrested the people in possession of them. Along with 50 firearms stolen from a Fresno gun store-PRK Firearms and just three of those recovered by officers. Have left a total of 75 guns unaccounted for in Fresno during October.

Now, police are urging people to bolt down their safes and secure them so firearms are not put into the hands of people who shouldn't be carrying them.

"Well drill into the concrete and then at that point well put the lags in there tighten them down and make sure the safe is level and secure."

Havens for total security in Central Fresno specializes in keeping their customer's firearms safe, and say the best way to secure guns are buying a quality American brand safe that is at least 800 pounds, empty.

"I had a customer come in yesterday he paid $500 for a safe I opened it with a pry bar in less than five minutes," said shop manager Richard Jones.

They also advise gun owners to store safes in a room as far back into your house as you can to make it more difficult for people to drag them out.