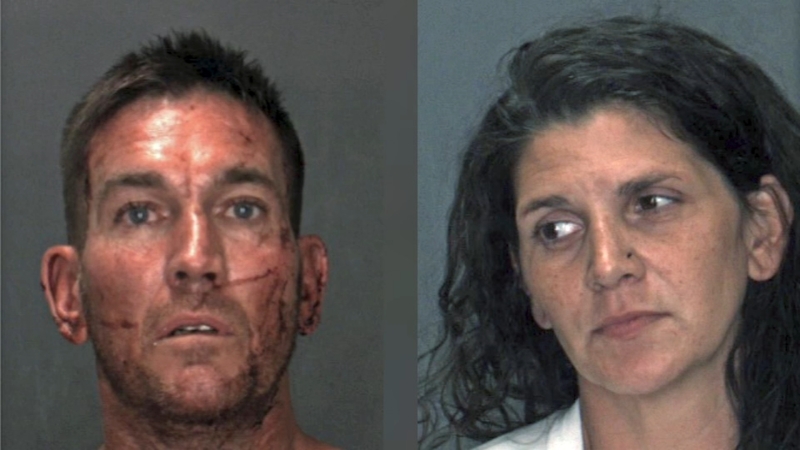 FRESNO, Calif. (KFSN) -- Two people accused of stealing tens of thousands of dollars in guns and ammo from a Clovis home, are now in police custody after a stolen credit card led officers right to them.

Fresno County sheriff's deputies say Tielman Lindsay and his wife, Angela, broke into a home near Tollhouse Road and Nees on July 7, taking nearly $50,000 in firearms, ammunition, and high-end scopes.

Detectives didn't have any leads on the case, until the couple used a stolen credit card in Earlimart.

Surveillance video then gave officials a description of who they were looking for, the vehicle and a license plate number.

"They tried to do a vehicle stop, but Tielman took off on them," says Tony Botti with the Fresno County Sheriff's Office. "Once they were catching up, he actually crashed his car, got out very quickly. He used an AR-15 he had stolen from that home and used it to commit a carjacking against a woman and her two kids who were in the car."

The Lindsays led officers on another chase for 45 minutes until Tielman tried to carjack someone else.

Fortunately, police were able to surround the suspects and despite fighting with officers, they were eventually taken into custody.

All of the firearms stolen from the home in Clovis were recovered, and returned to the homeowner.