Local crews were deployed to help with the River Fire and Lake Fire.
KFSN 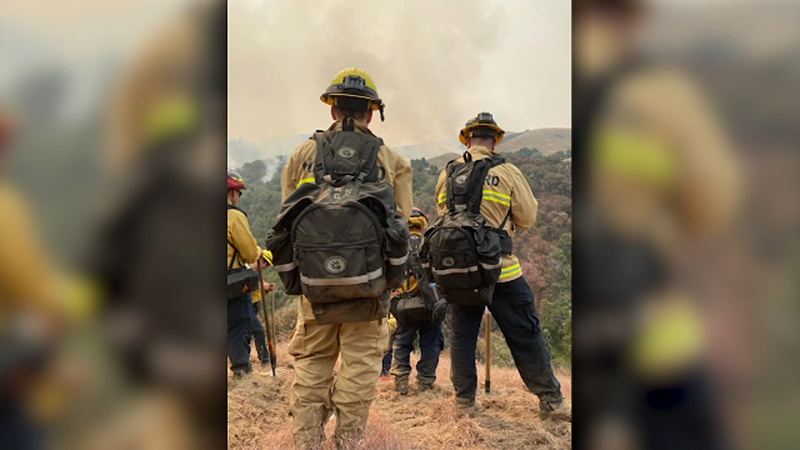 Local fire crews from Hanford Fire and a Kings County strike team were deployed to fight the River Fire burning south of Salinas.

The wildfire has charred more than 4,500 acres and is 7% contained. Five-thousand people have evacuated from their homes in Monterey County.

CAL FIRE crews are hopeful they'll have the River Fire contained by the end of the month.

Meanwhile, Hanford firefighters and Fresno County fire teams were also sent to help with the Lake Fire in Southern California.

The Fresno County strike team has been assisting with the firefight in the Angeles National Forest since Friday.

On Wednesday morning, about 26 local firefighters were working to construct a fire line while battling the flames with a direct fire attack.