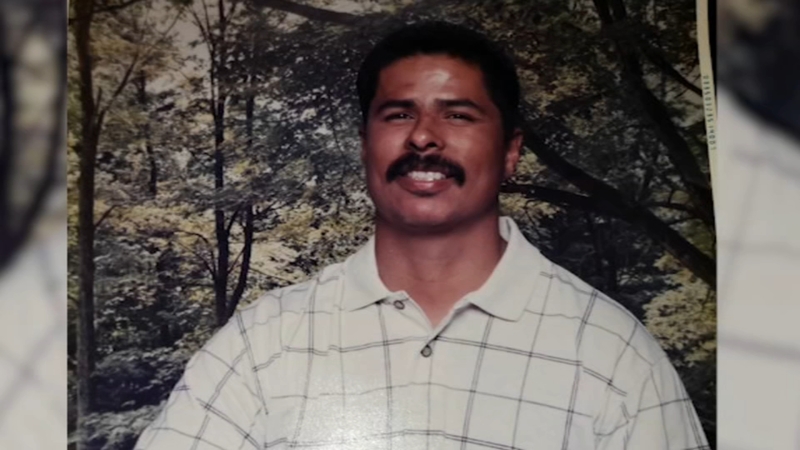 FRESNO, Calif. (KFSN) -- Sylvia Torres and her family are reminiscing about her big brother Marsino Salas.

"He did a lot of things for the homeless. He would take them food, wash their clothes," she said.

Everyone in the neighborhood knew him and called him by his nickname Red. They say he was the kind of man who would give someone the shirt off his own back.

"We once caught him microwaving frozen burritos in the microwave and he put them all in his backpack, we knew he was going to go give them to the homeless," said Salas' sister Juanita Frias.

Those acts of kindness are now just memories after Salas' life was taken by a drunk driver on Thursday evening.

"We are still praying for a miracle, that he will come home, but it is not going to happen," Torres said.

According to family, Salas was riding his bike down Lacy Boulevard like he normally did.

He was only about a mile away from home near Wilson Lane when a drunk driver hit him from behind, police say.

According to police, 32-year-old Desiree Parker was behind the wheel.

Officials say Parker smelled of alcohol and had her two children, ages four and two, in the car with her.

"I don't hate the lady that killed him I can't hate her. I know that she is going to go through the worst life ever," Torres said.

Salas was taken to the hospital and died a day later. His giving spirit lives on through one last act of kindness, as his organs will be donated to those in need.

"He is going to do for others as he did when he was alive, that is our hero," Torres said.

Salas' family has set up a GoFundMe account to help with funeral expenses.