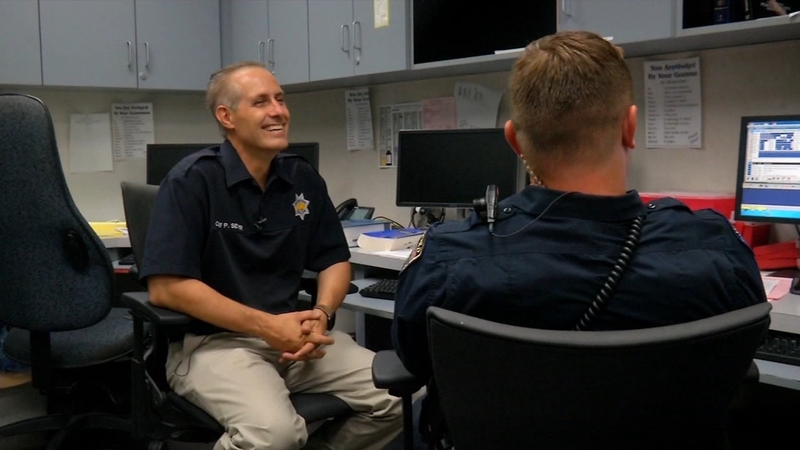 HANFORD, Calif. (KFSN) -- He's one of the most laidback, likable police chiefs in the Central Valley. Parker Sever has been with the Hanford Police Department for more than two decades and took over as chief in 2015.

Last December, a colonoscopy revealed he had colon cancer.

"December 11th I thought I was in probably about the best shape of my life," Sever said. "December 12th, you know, there's something inside of you that's going to kill you."

Less than a month later, doctors at Stanford removed a foot of Sever's colon. They thought the cancer was gone, but a scan showed it spread to his liver. Since then, sever has undergone chemotherapy and six surgeries focused on killing the tumors. Doctors tell Sever he's now cancer-free, but he'll still need another four months of chemo and follow-up tests.

Through it all, Sever has worked as much as possible, despite the fatigue, nausea, and the rather-annoying intolerance to anything cold. Police work gets his mind off the cancer, and he says he's gained a greater appreciation for his work family.

"I think almost every officer at the Hanford Police Department has gotten a colonoscopy since I got mine," Sever said with a laugh. "So that's probably a good thing."

Sever says he makes good money, but the costs associated with the cancer-fight have been high, and he has five kids. That's why locals have organized a benefit for him, next Saturday.

Sever encourages everyone to see a doctor if something seems wrong, like he did, and make the most of every day.