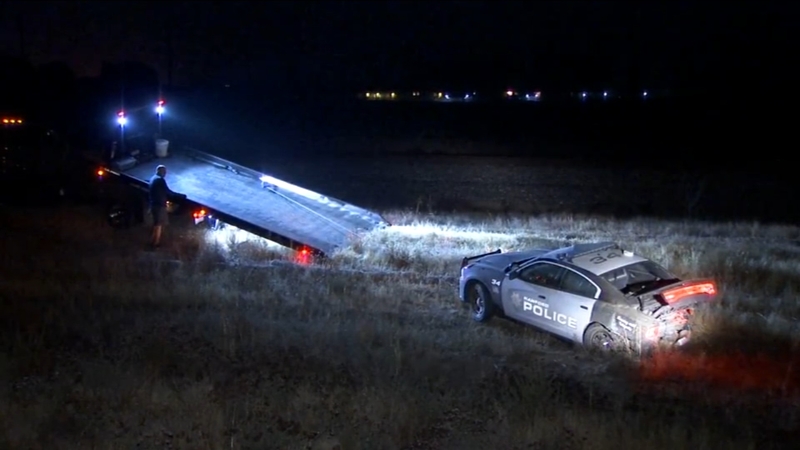 Two Hanford police officers were involved in a crash while pursuing a robbery suspect Thursday night, according to the CHP.

CHP says Hanford Police officers were responding to a shoplifting call at a business earlier in the night. When they arrived, they contacted the suspect who sped off in his car. A pursuit started and made its way on to Highway 99 where the suspect reached speeds up to 120 mph.

During that pursuit, one of the officers rear-ended another officer's vehicle, sending it into a nearby field. The suspect continued on Highway 99 for about a mile when officers say he tried to pass another car and lost control, crashing into a wall. That's when a third officer involved in the chase was able to arrest the man.

Both officers involved in the crash received minor injuries and are expected to be okay.