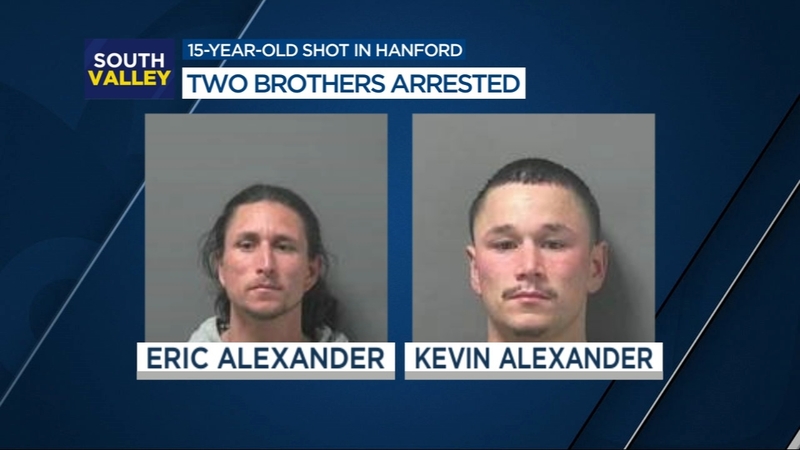 HANFORD, Calif. (KFSN) -- Two men were arrested in connection to a shooting that injured a 15-year-old boy in Hanford.

It happened Sunday before 5:30 pm on Redington and Phillips Street, south of 3rd Street.

Officers on patrol in the area heard multiple shots being fired and later found the teen with a gunshot wound to his leg.

The victim was taken to a hospital and is expected to recover.

Detectives say at least ten shell casings from two weapons were found at the scene. A gun that police believe was used in the shooting was also discovered in a nearby trash can.

Officers stopped 30-year-old Kevin Alexander as he tried to drive away from the scene. Investigators say they found an AR-15 in his back seat.

Detectives took him into custody at his home and also recovered two other weapons.

Both men were booked into the Kings County Jail on multiple charges.