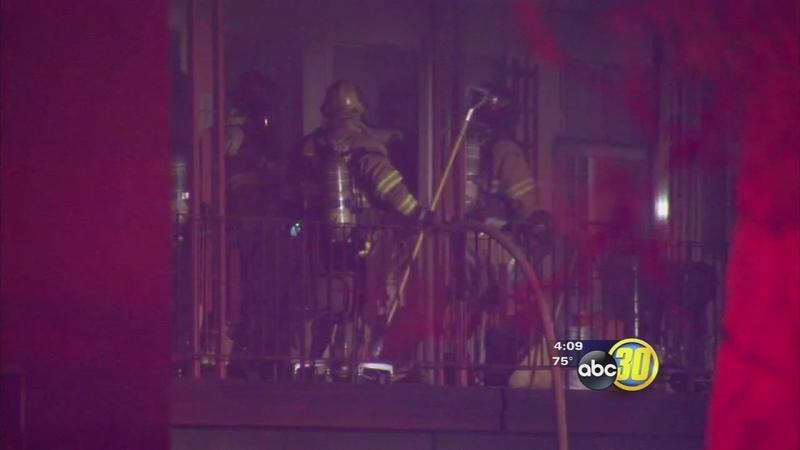 CLOVIS, Calif. (KFSN) -- An overnight apartment fire has left one woman dead and four police officers in the hospital for smoke inhalation.

Flames broke out just before 2 a.m. Friday morning on Harvard Avenue near Clovis Avenue, across the street from Sierra Vista Elementary.

The dust is settling after hours of chaos caused by the fatal fire neighbors say should've never happened.

"It's horrible," caretaker Alyssa Couch said. "Knowing we called family services numerous times and nobody came out to check on her and nothing was ever done."

Couch cares for her father who lives next door to the victim. She says the elderly woman who was killed in the fire wasn't fit to live alone and appeared to be mentally ill.

"We had to go in and turn off her stove because she would forget whatever was burning," she said. "She would walk out to the street and forget where she was at and wander off. She would come outside, not clothed, and there were children outside. Obviously, she was not in her right state of mind. Something was wrong with her."

Firefighters don't know the cause of the fire yet but neighbors are speculating the woman could have accidentally started a fire from inside.

Clovis Police officers were the first to arrive and kicked down the door to get the victim out, but by the time the four officers pulled her out witnesses say she was already gone.