California has most hate groups in the nation 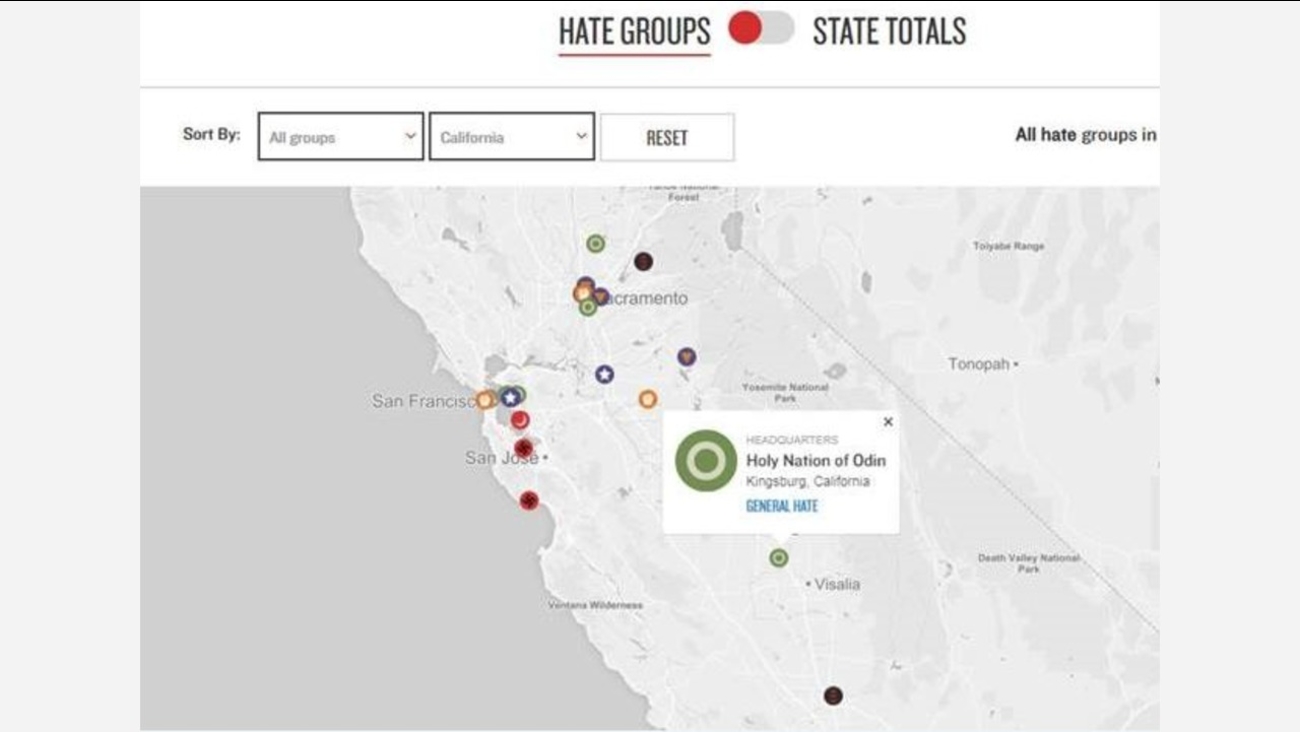 FRESNO, Calif. (KFSN) -- The number of active hate groups in California ranks first among other states in the nation, Florida comes in second.

The Miami Herald reports that according to the Southern Poverty Law Center, there are more than 60 active hate groups in Florida. The SPLC's report features a map detailing more than 900 hate groups actively operating across the country. California ranks number one with 79.

The "Holy Nation of Odin" in Kingsburg is listed as a general hate group.

According to the SPLC's website, general hate groups espouse a variety of rather unique hateful doctrines and beliefs that are not easily categorized.

Four of the 63 in Florida are in Miami-Dade County and two are in Fort Lauderdale. The Nation of Islam is among groups in both areas.

The report says in 2016 there were 130 Ku Klux Klan groups and 193 Black Separatist groups active nationwide.