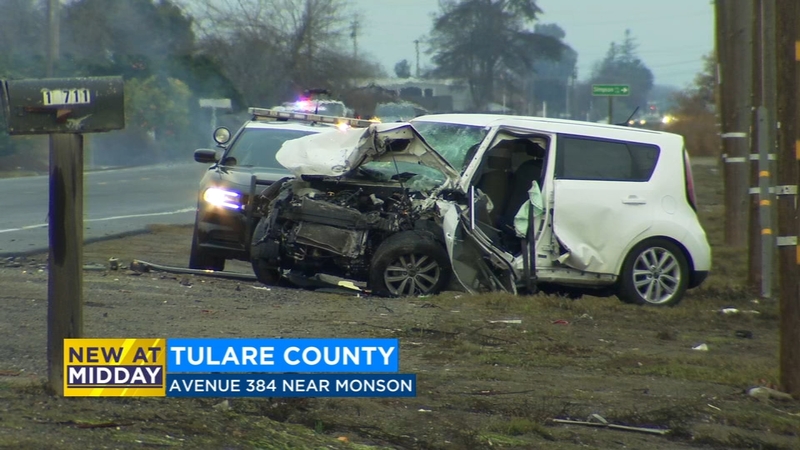 Authorities say a Kia was traveling westbound on Avenue 384 near Monson, southeast of Dinuba, when the driver, 33-year-old Gabriel Johnson, drifted into the eastbound lane, hitting an oncoming Chevy.

Officials say a female passenger in the Chevy died at the scene; the conditions of the four other people in the car were not released.

Johnson suffered severe injuries and was transported to a local hospital.

Investigators found a controlled substance in the Kia, and Johnson was later arrested under suspicion of DUI.