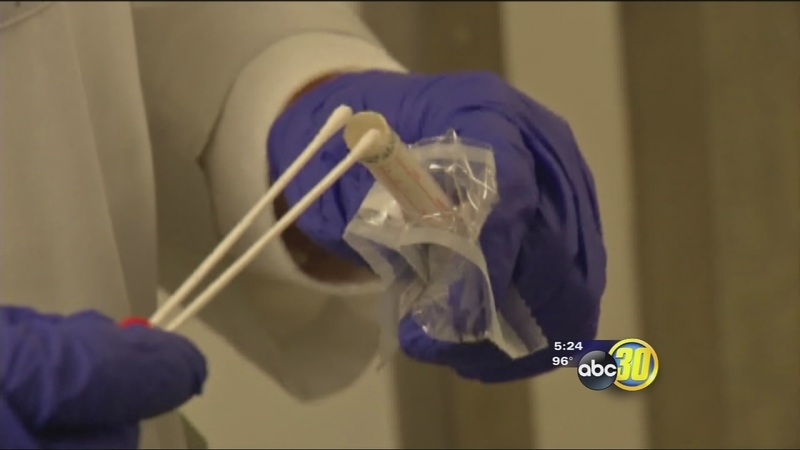 FRESNO, Calif. (KFSN) -- After skin cancer, prostate cancer is the most common cancer among men in the U.S., affecting about one in seven men. While a biopsy can confirm whether you have cancer or not, the procedure itself can leave behind a deadly infection that's becoming more and more resistant to antibiotics. A new test is available that's saving lives.

Whether expressing himself through the keys on his grand piano, or tinkering with his latest gizmo, creating is what inventor Jerry Porter lives for. A tumor found during a biopsy for prostate cancer has shifted his focus.

Porter told ABC30, "The story is that if a man lives to 80 he has about a 98 percent chance of having this, so I'm 67 and the clock is ticking for me just like it is for everybody else."

Thomas Polascik, MD, Professor of Surgery at Duke Cancer Institute says cancer isn't the only thing men need to worry about after a biopsy. The procedure itself can leave behind an untreatable deadly infection.

"It's been a really tough problem to tackle due to the overuse of antibiotics," Dr. Polascik told ABC30.

Just over a decade ago, the infection rate was under 1 percent and easily treatable. But thanks to antibiotic resistance, that number has increased six-fold!

"That is quite high," Dr. Polascik said.

Now, a new test developed at Duke can be used to identify patients at risk. About one in five men are resistant.

Melissa Mendez, Urology Research Fellow at Duke Cancer Institute said, "We've taken a patient's specific flora using a rectal swab culture which is just a small cue tip that's inserted into the rectum for five to 10 seconds; then it's sent off to our lab."

Once analyzed, an individualized course of antibiotics can be prescribed.

As for Porter, he's keeping a watchful eye on his tumor and making music with his wife by his side.

Porter's tumor has been slow-growing and his doctor told him he may never need to have it removed as long as he's tested for changes every six months.