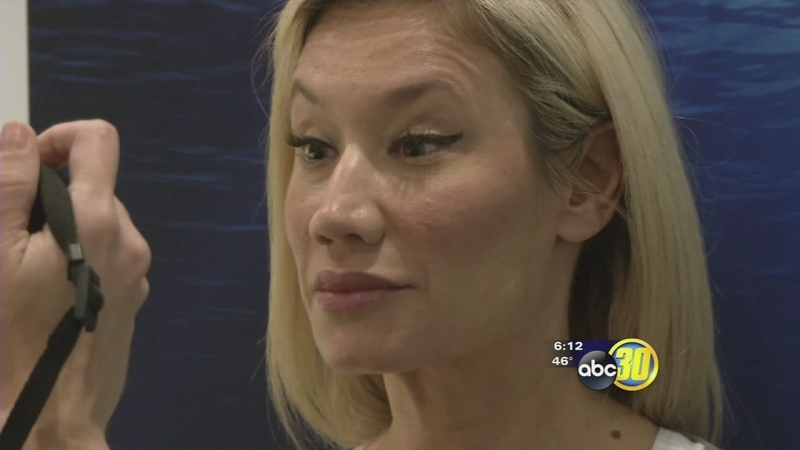 FRESNO, Calif. (KFSN) -- Cosmetic specialists have a new way to predict the way your face will change, over the years.

Doctors are using tests to slow down the signs of time. "Put your eyebrows together in a frowny motion," a doctor told patient Alicia Goldstein.
But Goldstein is doing more than just smiling for the camera. The faces she's making for the photos can be used to predict the future of her appearance.

At 43-years-old, she began noticing deepening facial lines that she wants smoothed out. Goldstein also wants to delay the development of new ones.

So, she turned to aesthetic specialist Dr. Karron Power, who said a few simple tests can produce a "crystal ball" into the future aging process. "Chatting with the patients to see if they raise their eyebrows frequently, frown as they're talking," Power explains. "If they have lines that appear as they smile."

Power said we all lose bone density around the face as we age, but by looking at how the face moves, as Power explains "will really show you what will happen in the next decade is to lean the head forward and see where the face will sag forward."

Remember those exaggerated facial expressions that revealed potential smile and frown lines? Dr. Power explains that a combination of botox or muscle relaxing injections can prevent them from settling and getting deeper. "And so if you stop folding the skin in the same place in the same way, then you won't break down collagen as quickly," Power said.

Then, after mapping changes in the face caused by bone loss, fillers can be used to rebalance its shape to prevent sagging. "Some of them will even stimulate bone growth," Power explained." And that will lift and therefore prevent this nasal-labial fold from occurring."

Finally, she said new laser treatments are used to stimulate collagen growth, building up a reservoir for the future. "As your collagen declines past our middle years you'll have a greater reserve to draw from," Power said.

While Goldstein said she's enjoyed the tightening in her skin now, the prospect of a smoother future, gives her another reason to smile.

"I just want a preventative," Goldstein said. "This prevents a lot of that and it helped a lot."
Related topics:
health & fitnessfresnohealth watch
Copyright © 2021 KFSN-TV. All Rights Reserved.
HEALTH WATCH