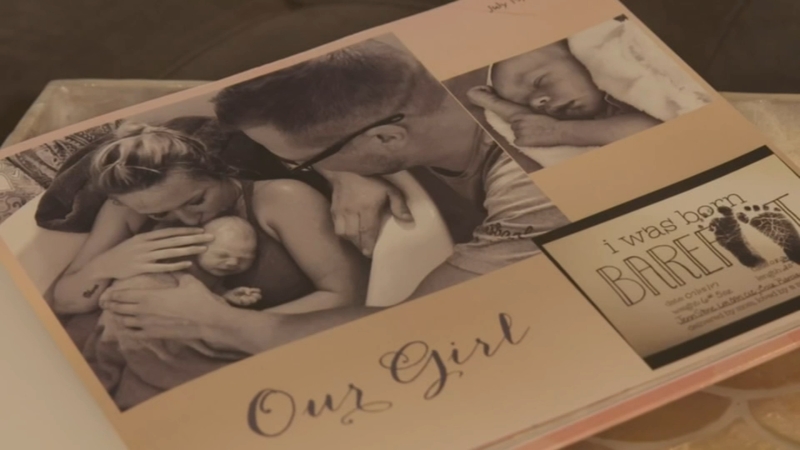 TAMPA, Fla. (KFSN) -- It's a joy like no other ... the birth of a new baby! And usually, it all unfolds in a hospital's maternity department. But a growing number of women are going back to basics and staying at home. Ivanhoe tells us why women like it and doctors don't.

Sarah Rankin's family is about to get a little bigger. And just like first child Charlotte, they want the baby to come into the world right here, in their home.

"You're able to control the vibe of your birth. So, she was born in a dark room with silence, instead of beeping and screaming and people rushing around. It was just so serene," shared Sarah.

But it's still rare. Less than one percent of the four million births in the U.S. last year happened at home. Jill Hechtman, MD, FACOG, Medical Director, Tampa Obstetrics says it's because it's too risky. One study found 23 to 37 percent of women who tried to give birth at home wound up being rushed to the hospital.

"I'm not a big proponent of home birth because I've seen the bad things that can happen and I know there's only minutes when they do happen," stated Dr. Hechtman.

Dr. Hechtman says the mortality rate for home birth babies is roughly twice as high as hospital births. Thirteen fatalities versus six for every ten thousand in a hospital.

She says safety contingencies are in place if there's a complication.

"It's not home birth at all costs," continued Young.

"I would rather embrace the patients that would consider home births and talk to them and provide them what they want in a hospital setting," said Dr. Hechtman.

But for Sarah, there is no doubt about where she will welcome baby number two.

Doctors and midwives do agree on one thing and that is that some women are better candidates for home deliveries than others. For example, those without any previous health problems or c-sections and usually women only having one baby and not twins or triplets. Montana, Vermont and Wyoming are among the top states for home births, and some counties in Florida are amongst the highest in the nation with seven percent of women choosing home birth compared to the national average of only one percent.
Report a correction or typo
Related topics:
health & fitnessbirthpregnancyhealth watch
Copyright © 2021 KFSN-TV. All Rights Reserved.
HEALTH WATCH
Health Watch: Augmented reality for spine surgery
Health Watch: Safer scans for kids
Health Watch: COVID-killing tech
Unfiltered: Procedures to have you camera ready
TOP STORIES
Evidence of COVID-19 omicron variant found in Merced, scientists say
2 accused in deadly shooting at Hilmar restaurant arrested
Major outage hits Amazon Web Services; many sites affected
'Political free-for-all' as Rep. Nunes leaves House of Representatives
50 mutations in omicron could be its downfall, data shows
Fresno State receives grant to support AAPI criminology students
Christmas killjoys steal decorations from Clovis' Candy Cane Lane
Show More
Biden to warn Putin of economic pain if he invades Ukraine
2 arrested for string of business burglaries in Merced
Tulare Co. deputies investigating armed robbery at Delano gas station
Discussions with California's reparations task force continue
Deputies: 14-year-old Visalia boy arrested for threatening classmates
More TOP STORIES News