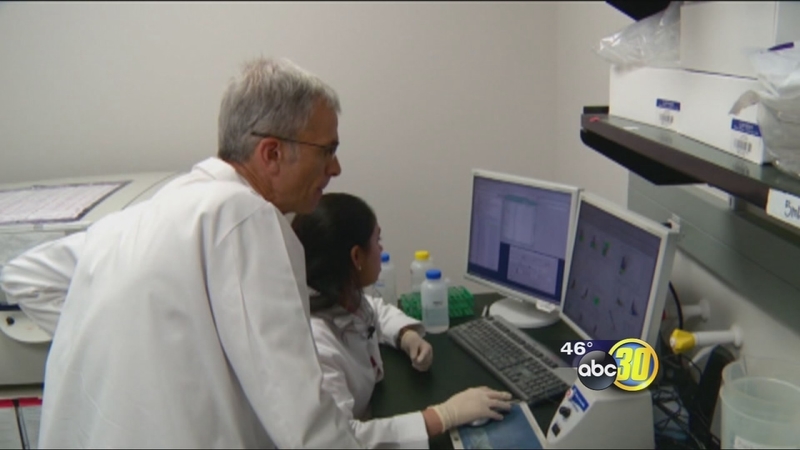 FRESNO, Calif. (KFSN) -- More than 1.5 million Americans have lupus, a disease where the body's immune system attacks healthy tissue. It can lead to heart attacks, strokes, and kidney failure. In the past 50 years, only one new drug for lupus has been approved by the FDA. Just this summer, there have been two very major trials of a new lupus drug that both failed but now there is hope on the horizon.

Mary Valdez has slowly become used to what is now her new normal, life with lupus.

"I totally have to reinvent myself, because now I can't do a lot of things that I used to do," Valdez told Ivanhoe.

But now, new findings look promising for treating, and perhaps even curing, the autoimmune disease. It's the discovery of how an immune cell called a T-Reg works. Researchers have found that it's controlled by one specific molecule known as B7H1.

Tyler Curiel, M.D., M.P.H., Oncologist and Immunologist at the Cancer Therapy and Research Center at University of Texas Health Science Center in San Antonio said, "I noticed that that molecule had been detected in women with lupus flares."

T- Regs should keep the immune system from going into overdrive, which is what happens with autoimmune disorders like lupus. But if the B7H1 molecule isn't working right, a woman's estrogen will "turn off" the T-Reg.

Dr. Curiel explained, "In some women, it may be that they don't make enough of it, and other women, it looks like they make it, it's there, but it has mutations in it so it doesn't work properly."

Currently, medication for lupus can include immune-suppressing drugs. Dr. Curiel's work with the B7H1 molecule would mean very targeted treatment. He said, "On the drawing board, it looks like you can do that...let's see."